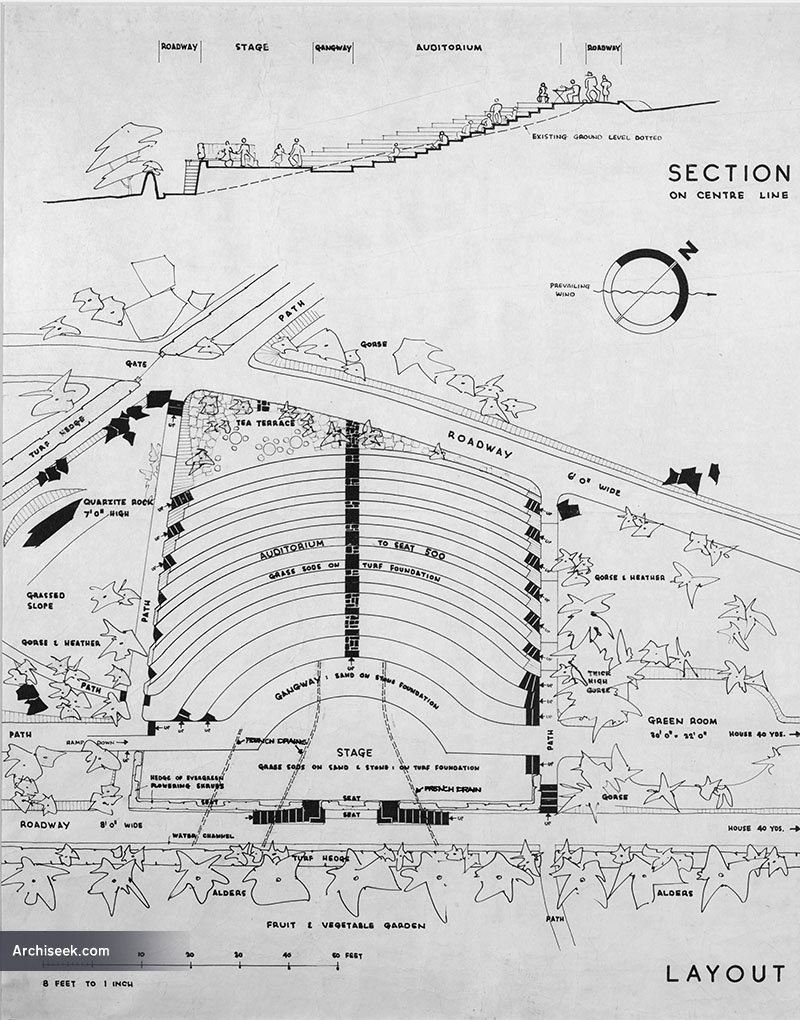 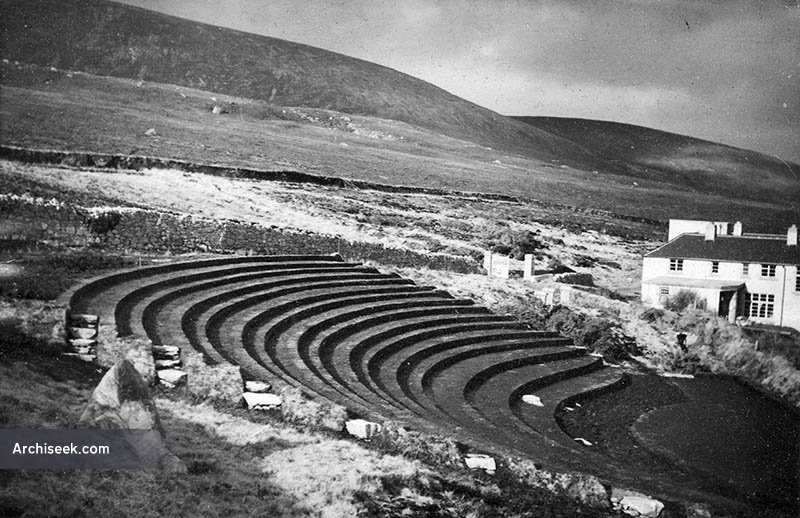 Designed for for Major D.J. Freyer, a member of the International Folk-Dance Committee, and whose home, Corrymore Hous, was adjacent. According to The Irish Builder, Freyer’s intention was ‘to promote local interest in native dancing, singing and drama, and to counteract the influx of modern dance music’. Freyer resided at Corrymore for twentyfive years. 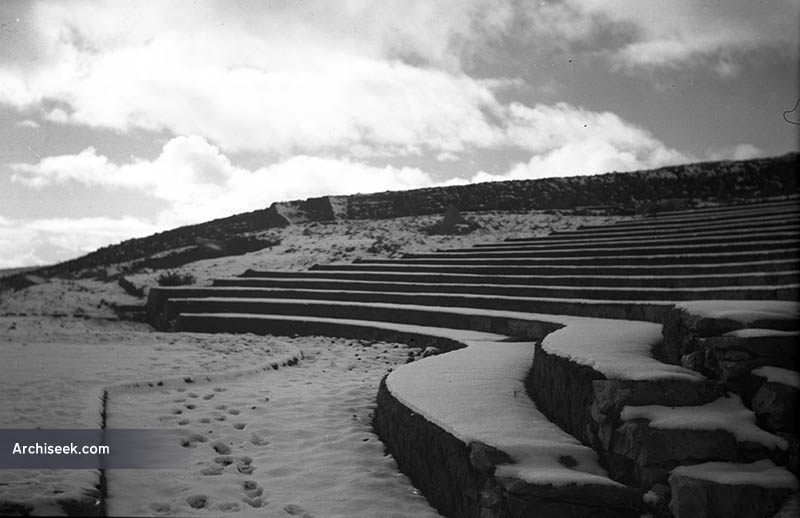 Constructed over the winter of 1940-41, it was formed from turf ‘bricks’, hedges, grasses (to cover seats and stage), sand for gangways and paths and local quartzite for steps. Seating for 500 was provided, while the stage, raised on turf ‘bricks’, was 80ft long. Never a financial success, although possibly never intended to be, the theatre closed and the structure has since been reclaimed back into the boggy hillside.

The 19th century house still stands, and in addition to Major Freyer, has been the home of Captain Boycott, and the American artist Robert Henri.