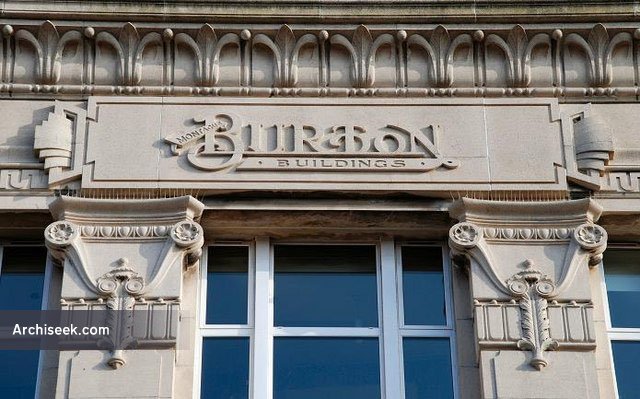 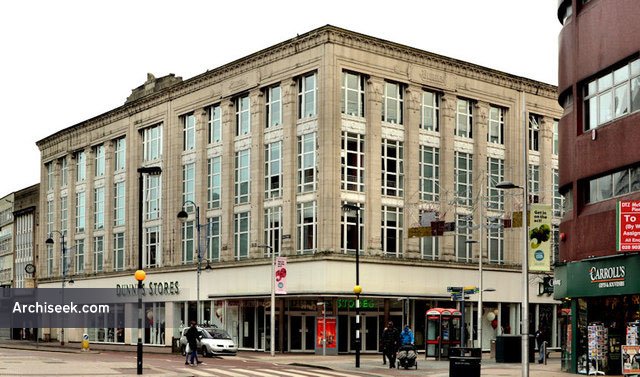 Built in 1929 and formerly occupied by Burtons and Woolworths, and now Dunnes Stores. Officially it is Montague Burton Buildings. Priddle was a London-based architect who worked for Woolworths, his work in Ireland including this store and work at their Grafton Street premises in Dublin.

As Company Architect, William Priddle was supported by two regional Heads of Construction, B.C. Donaldson in the North of England and A.Barton in the South. A Woolworth craftsman was appointed Site Manager at every project and would oversee every detail of the work. He would control the bricklaying, plumbing, wiring and shopfitting.