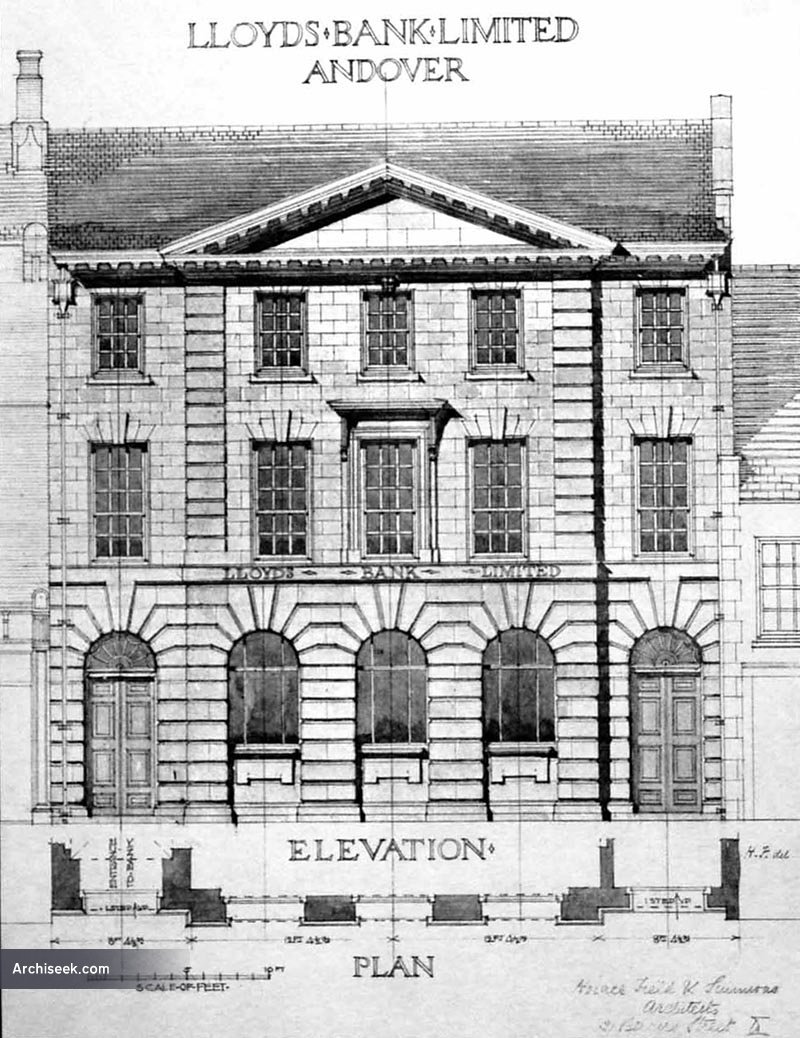 Field’s work was often in a Wrenaissance style, with influences from the Arts and Crafts movement and Richard Norman Shaw. His commissions including large houses and offices; but he also produced a number of works for Lloyds Bank as well as offices for the North Eastern Railway in London and York. Published in The Builder, June 8 1917.