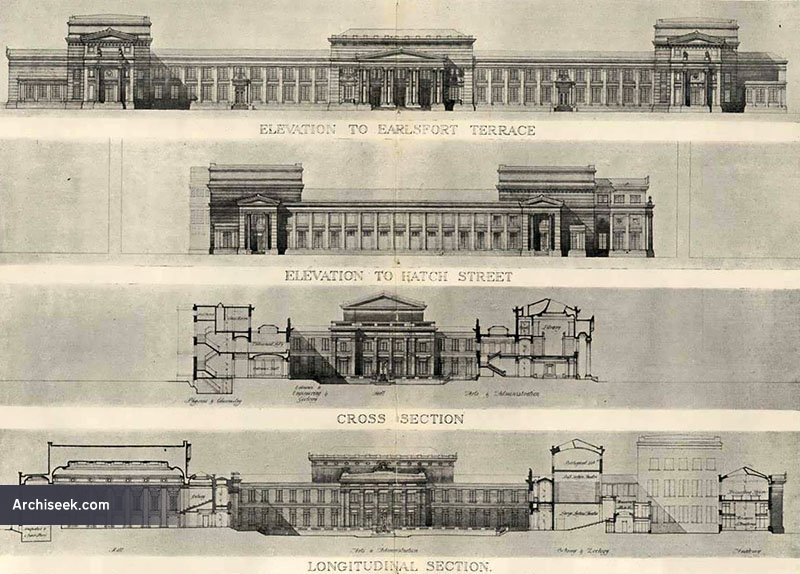 Second-placed design in competition to design new buildings for University College Dublin on their site on Earlsfort Street. The assessor of the competition was architect Henry T. Hare, and it was won by Doolin & Butler.

The Hills were a father and son team of architects from Cork. In 1909, Henry Houghton Hill entered into partnership with his father Arthur, after studying at Liverpool University School of Architecture and the Royal Academy Schools in London. His career was interrupted by the First World War, when he held a commission in the Royal Engineers. Arthur died in 1917, and Henry returned to Cork and continued to practice until his death in 1951.

Arthur was also the son of an architect, his father being Henry Hill, an architect practicing in Cork. He worked in the offices of T.H. Wyatt in 1866-1867 and also attended the Royal Academy Schools and the West London School of Art as well as classes in design at the Architectural Association and lectures at University College.