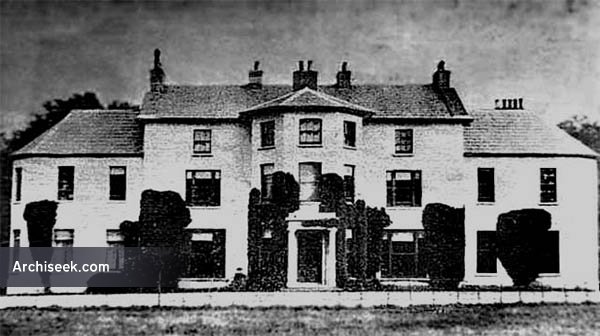 Large Georgian house with a polygonal central bay and curved bows to the ends of the wings.Now a ruin, after being used as the General Headquarters for the Irish Free State forces in Donegal during the Civil War. Four Republicans, who subsequently became known as the “Drumboe Martyrs”, were executed here by a Free State firing squad in March 1923. The house was largely demolished in 1945.