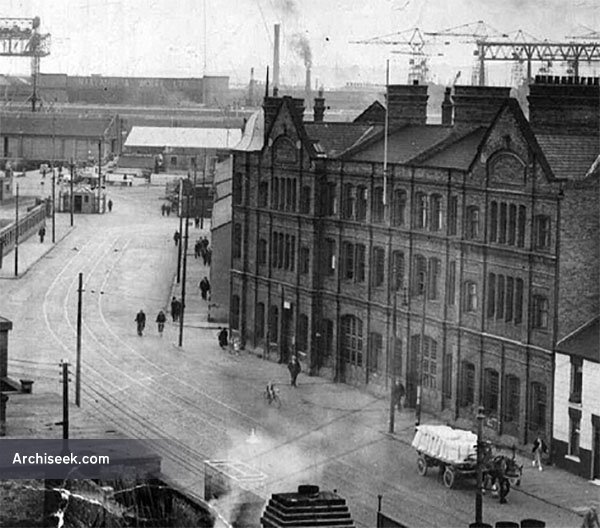 Demolished in the early 1970s for a modern replacement, after the area was cleared for a motorway. Josiah Corbett Bretland was Borough surveyor of Belfast between 1884-1903. As city surveyor he was involved in major improvements to the city at a time of rapid expansion. In 1896 he was one of the assessors of the Belfast City Hall Competition, along with Alfred Waterhouse.