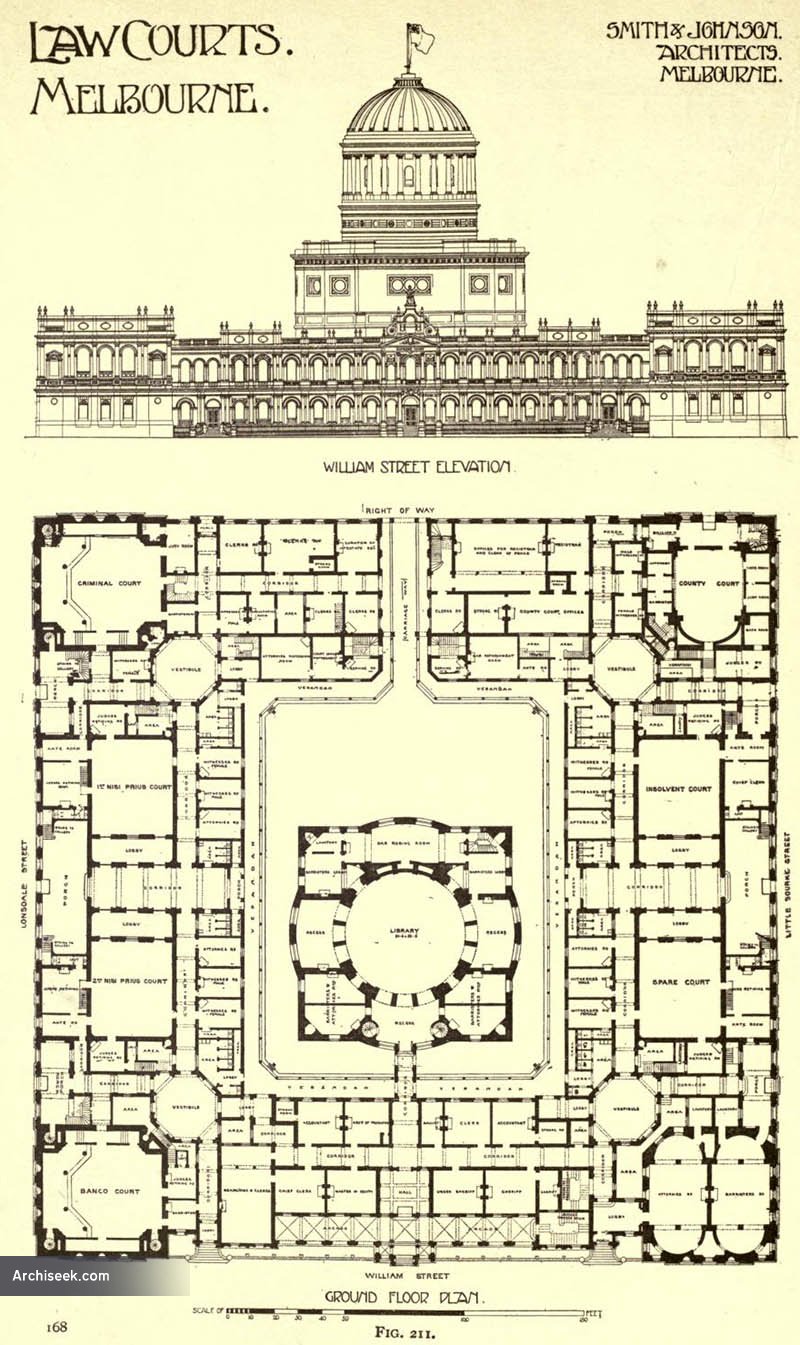 English immigrant duo Alfred Louis Smith (1830–1907) and Arthur Ebdon Johnson (1859–95) won a architectural competition for their design and prepared the working drawings. However the competition quickly became a scandal because one of the partners, Johnson, was on the judging panel. Johnson then resigned from the Public Works Department and joined Smith in a long and successful partnership.

Architecturally significant for the excellence of the carving of the Tasmanian freestone and the Malmsbury bluestone base. Additionally significant internally are the very elaborate moulded plasterwork on walls and ceilings, and the robust detailing of the benches, Judges canopies, and cedar panelling.

According to Heritage Council Victoria, the design is reputed to be based on the design of James Gandon’s Four Courts building in Dublin, following a suggestion to Smith and Johnson by Chief Justice Sir William Stawell. The Library of the Law Courts is based in the centre of the courtyard and bares slight similarities withe the dome of the Four Courts.