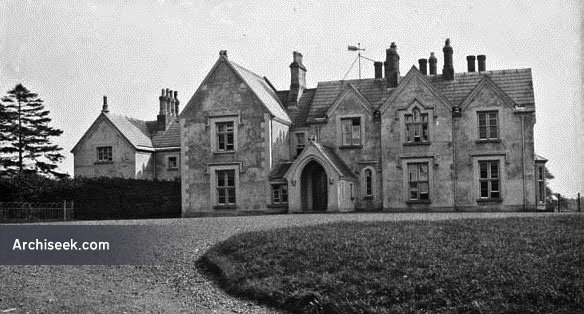 The estate was established in the late 17th century by Sir Anthony Cope of Hanwell, Oxfordshire and became the Cope family home for 350 years. During the Second World War, both the Loughgall Manor House and nearby Drumilly House saw use as bases for British and American troops. In 1947 the estate was purchased from Field Marshal Sir Gerald Templer, a descendant of the original owner, by the (then) Ministry of Agriculture in whose ownership it was used as a research centre. A rather severe house, designed by Frederick A. Butler of Dublin, whose works outside of Dublin seem to be centered around Armagh.

The house is a complete contrast to the rather more frivolous and decorative gatelodges at its main entranceway. Those appear to be from the same date but by a different architect.