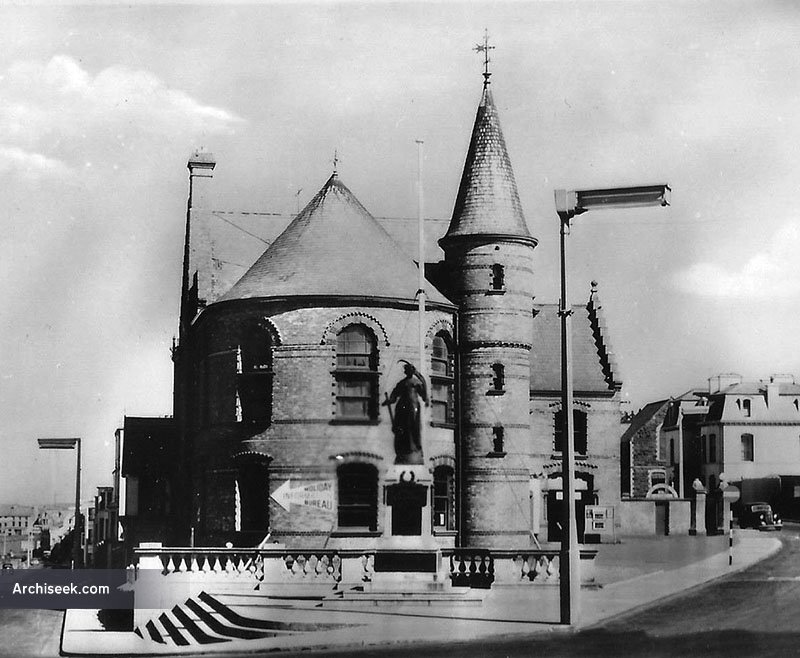 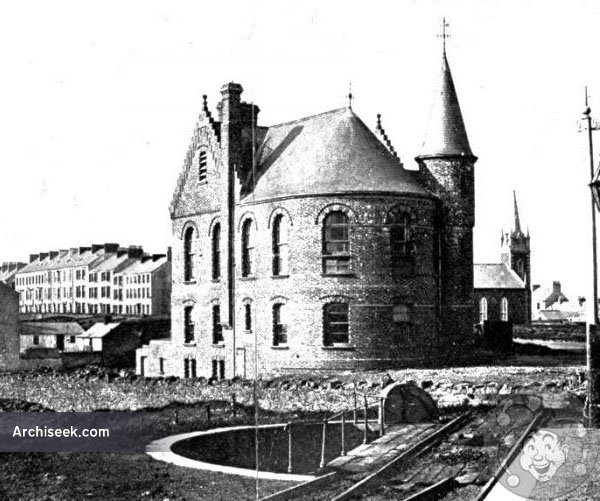 Scots Baronial in style with turret and stepped gables, but finished in red and black brick. The bowed end successfully negotiates the awkward corner at the junction of Mark Street and Kerr Street. Plans exist in the Public Record Office for a more straightforward hall by Samuel Close, but fortunately it was not proceeded with, and today the striking building with its curved end and turret roof dominates the seafront of Portrush.

Coleraine Borough Council was advised to apply for listed building consent to demolish the Town Hall with a view to putting a larger “replica” on the site which could house a sports hall. The application to demolish was turned down in 1999, and the Council appealed the decision. The planning appeal held in April 2000 and various third parties were present to make the case against demolition, including the Ulster Architectural Heritage Society, and the Historic Buildings Council. The preservationist lobby was successful and the building has since been restored.