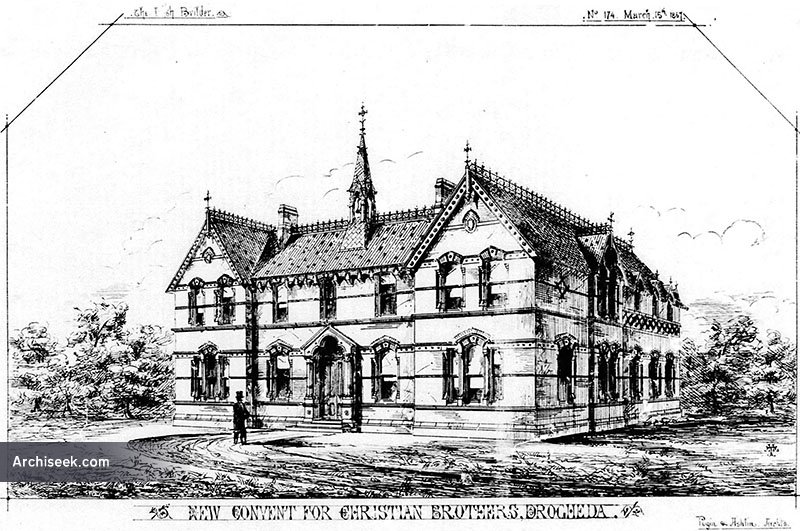 The foundation stone was laid April 19th 1867, with the school opening on March 28th 1868. Designed by George C. Ashlin of Pugin & Ashlin, and later extended to the ends. Illustration and description published in The Irish Builder, March 15 1867. Now a hotel.

“The material to be employed in the building is Belfast red brick, limestone being used for strings, bands, voussoirs of arches etc., the effect of which arrangement, as far as can be judges from the accompanying sketch, will be satisfactory. The eave course of the main block of the building is brought on brick corbelling considerably beyound face of the wall and with good result. Barge boards perforated with trefoils are used at the front gables and gablets on wing. The plan embraces every accommodation for the members of the brotherhood – parlors, study, refectory, infirmary, kitchen, storerooms, and a proportionate amount of cells or sleeping apartments. The oratory is on the first floor and is lighted by lancet windows (at the end of wing), and is to have a ceiling groined in plaster. The work will be proceeded with immediately; we understand the foundation-stone will be laid on the 19th prox.”