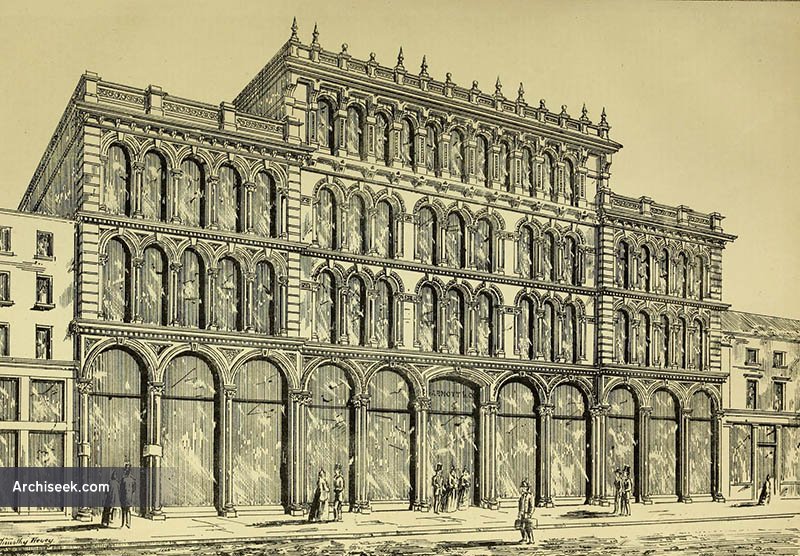 Destroyed during the 1941 Belfast Blitz along with its later extension of 1899 on the corner with High Street. Arnott & Co. rebuilt their department store after the war on the same site before finally going out of business in 1974.

“This building, an illustration of which appears in the present number, is one of those large establishments, the erection of which is transforming the aspect of Belfast. It has been erected by Sir John Arnott & Co., and is not less extensive than the monster establishments of the same firm in the other principal towns in Ireland. The building presents externally a central pavilion with lateral wings, and has a frontage of 120 feet by 140 feet in depth from front to rere. The piers and clustered columns are of chiselled granite and red Aberdeen granite is freely used. The capitals of the columns are in sandstone and carved. The lighting throughout is ample in quantity, from windows in front and rere, and from the roof transmitted through spacious wells through the different floors. The site on which the building stands is probably considered as a central business position, one of the most desirable in Belfast.” Published in The Dublin Builder, June 15 1866.