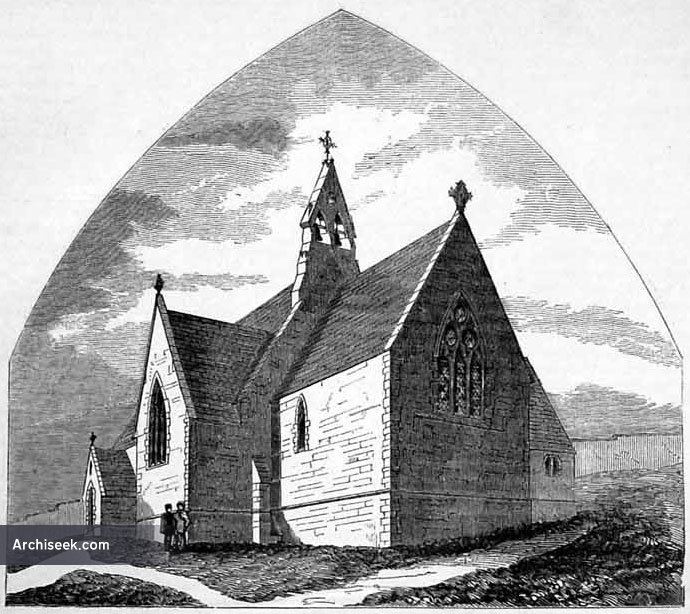 A small severe-looking church, the interior of which has sadly been ruined by modernisation. Exterior finished in rubble stone with sandstone trimmings.

Constructed between 1857-60. In 1860 “The Dublin Builder” wrote: “This structure, which was commenced on the 4th April 1854, is now nearly completed, and will be consecrated on the 9th of December. The site is in front of the railway, as it passes from Derry to Strabane on the banks of the gently gliding river… The Church, built of stone which was brought by horse-drawn cart from Omagh, Co Tyrone, is in the medieval style. The plan is in the form of a Latin Cross and comprises nave, transepts, chancel, porch and sacristy.” Illustration published in The Builder, May 7 1857.