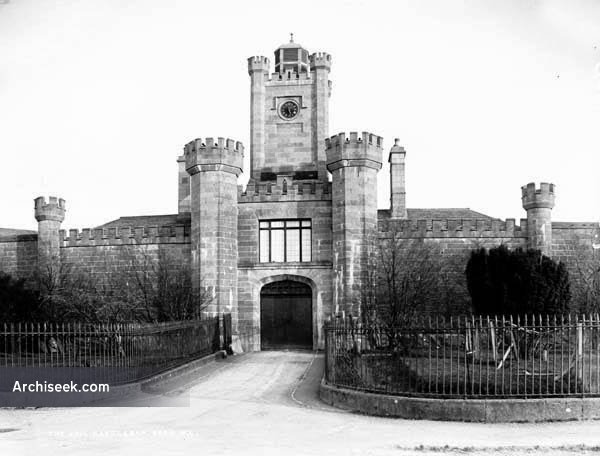 The former Castlebar prison was constructed between 1829 and 1834 at a cost of £23,000. According to Lewis, the gaol had 140 cells containing over 180 prisoners. The prisoners were employed chiefly in “breaking stones”. After the 1916 Rising,the Gaol became the County Headquarters for the Black and Tans and after they were recalled the I.R.A. tried to burn it down,but only succeeded in destroying the central building. Placed under a closure order in 1919, it was still being mentioned in the General Prisons Board (Transfer of Functions) Order, 1928. In 1932 the Mayo County Board of Health acquired for a site for a county hospital.