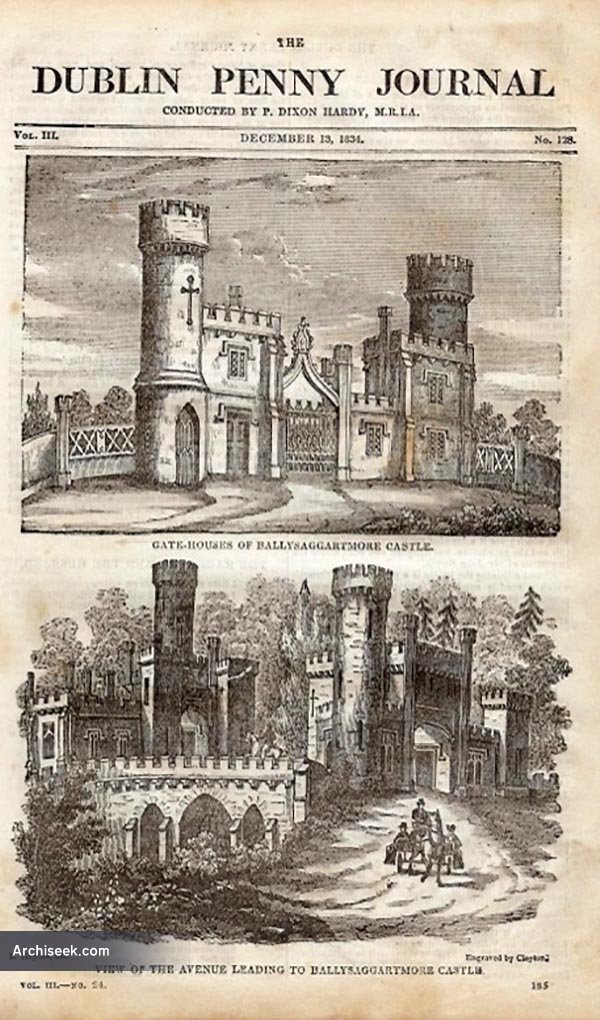 According to the Dublin Penny Journal, a John Smyth, described elsewhere as a gardener, was the architect of the extravagantly castellated gateway and avenue bridge at Ballysaggartmore. Built for the proprietor, Arthur Keily-Ussher and supposedly ‘these follies were intended to be the prelude to a castle which Mrs Keily persuaded her husband to build as a rival to his brother’s castle of Strancally; but which never materialised owing to the money running out’.

The Keily-Ussher family lived in a less extravagant house at the end of the driveway. Known as a harsh landlord and evicting tenants who were unable to pay their rents during the Great Famine, the house was later burned during the Irish Civil War and no traces remain of it today. Both gate lodge structures still exist today, but increasingly derelict, one being inhabited until the 1970s.