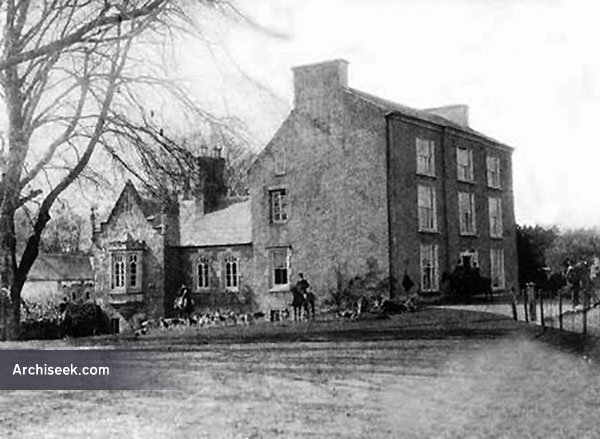 A three-bay three-storey house, perhaps first built about 1720 but probably refronted with tripartite windows, and an extra storey added about 1830. This house has an interesting contrast between the clarity and simplicity of the front elevation of the main Georgian block and the later Victorian wing, with its multiplicity of Gothic Revival details. This addition was built around 1860 with a prominent gable, an oriel window and further traceried Gothic windows. The house is still standing but increasingly derelict.