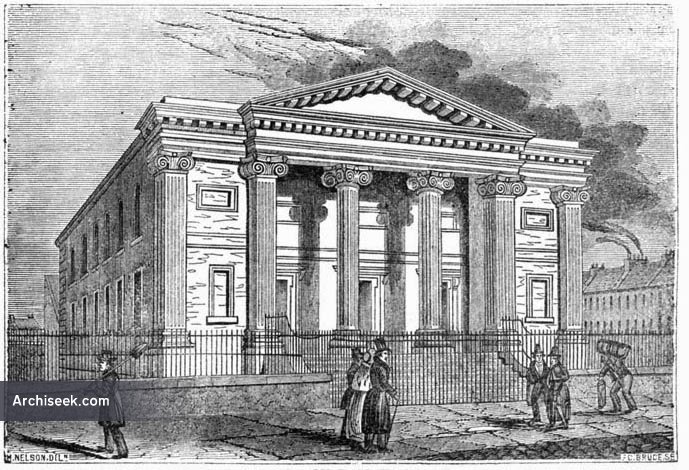 Described in The Dublin Penny Journal, Views in Belfast (1833), as “Is raised on framed foundations. The front is of modern or Scammozzian Ionic, having two columns and four pilasters, twenty-eight feet high, and fluted. The columns and interior pilasters form a piazza thirty-six feet long, and seven feet wide, over which rises a beautiful pediment. The front of the building is finished with a regular architrave, frieze, and block cornice, which give it a light, pleasing, and, at the same time, imposing effect. Around the windows are moulded architraves. The entrance is approached by a flight of eight steps, the floor of the building standing considerably above the level of the street. The interior is finished in a superb style. This elegant edifice was erected in the year 1828.”