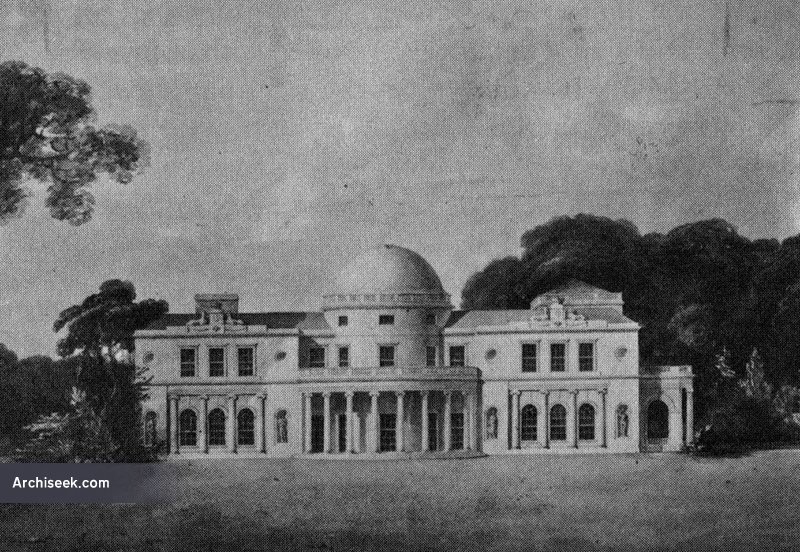 Originally built as a two storey house for General Robert King by John Nash. Considered on of Nash’s finest Classical work in Ireland, it used motifs from previous work in England – sphinxes from Southgate Grove; the dome from Casina, Dulwich; and the Ionic colonnade from Witley Court.