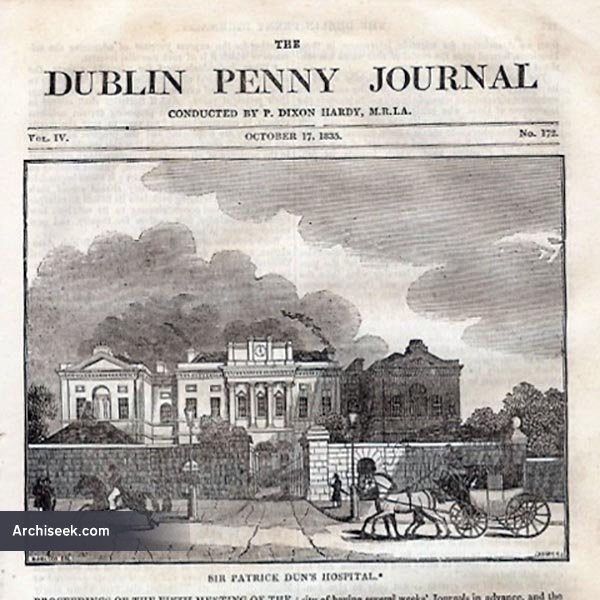 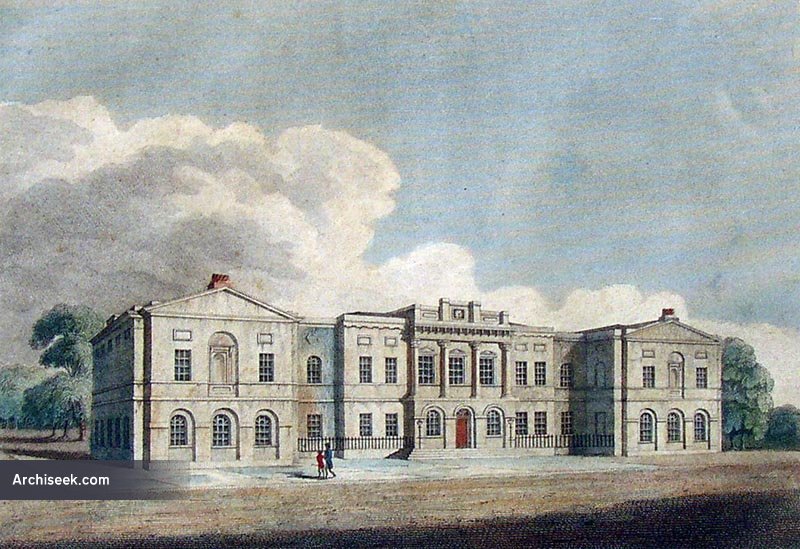 The physician Sir Patrick Dun had died in 1713, leaving lands in county Waterford in trust to the Royal College of Physicians of Ireland. The College was to use the income to pay for a Professor of Physic in Dublin. By 1800 the estates were producing far more income that Dun had anticipated and the School of Physic Act provided for the establishment of a further three professors and a hospital where they could given clinical lectures. Construction of the granite-faced building started in 1803 and it opened for patients in 1808.

The building, designed by Sir Richard Morrison is an austere classical composition, finished in granite, with a symmetrical composition. The central doorway is emphasised by the flanking round-headed windows and columns above.

As well as providing clinical instruction for medical students Dun’s Hospital also taught midwifery and trained army nurses.The hospital closed in the 1980s as part of the redistribution of medical services in Dublin, and the services transferred to St. James’s Hospital.