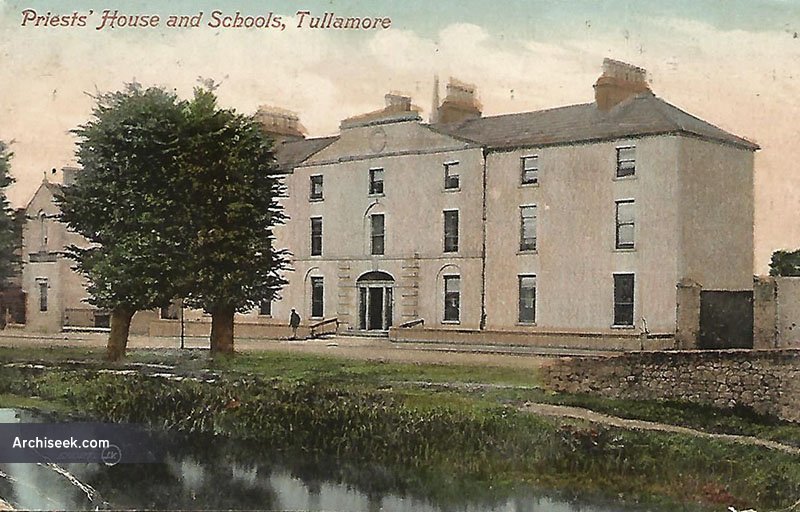 The canal had been completed to Tullamore in March of 1798 and was the terminus for six years until the line to Shannon Harbour was completed in 1804. In 1798, Captain Evans was instructed ‘to use the utmost diligence in laying before the board plans for an hotel, stores, a collector’s house and dry docks at Tullamore, together with separate estimates of the expense of each’.

The harbour, stores and Bury Bridge were all built in 1799 but the collector’s house and hotel were not completed until late 1801. John Killaly, the canal engineer was responsible for the design of the collector’s house and Captain Evans for the hotel. The design was identical to that at Robertstown which Evans had also designed and on which work began in 1799. The hotel was thus one of a series built for the booming passenger boat trade of the early 1800s. Even then they were seen as a rather over-optimistic enterprise and the coming of the railways brought about a rapid demise.

After declining numbers of customers, the hotel closed in 1859 and was leased to a local priest. After many years being used as a parochial house and school, it was demolished in 1974.