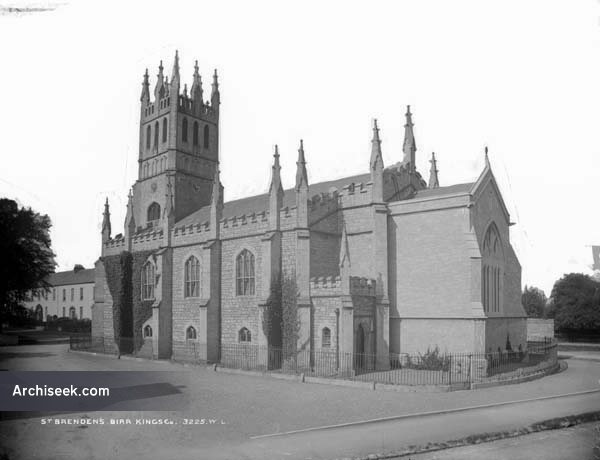 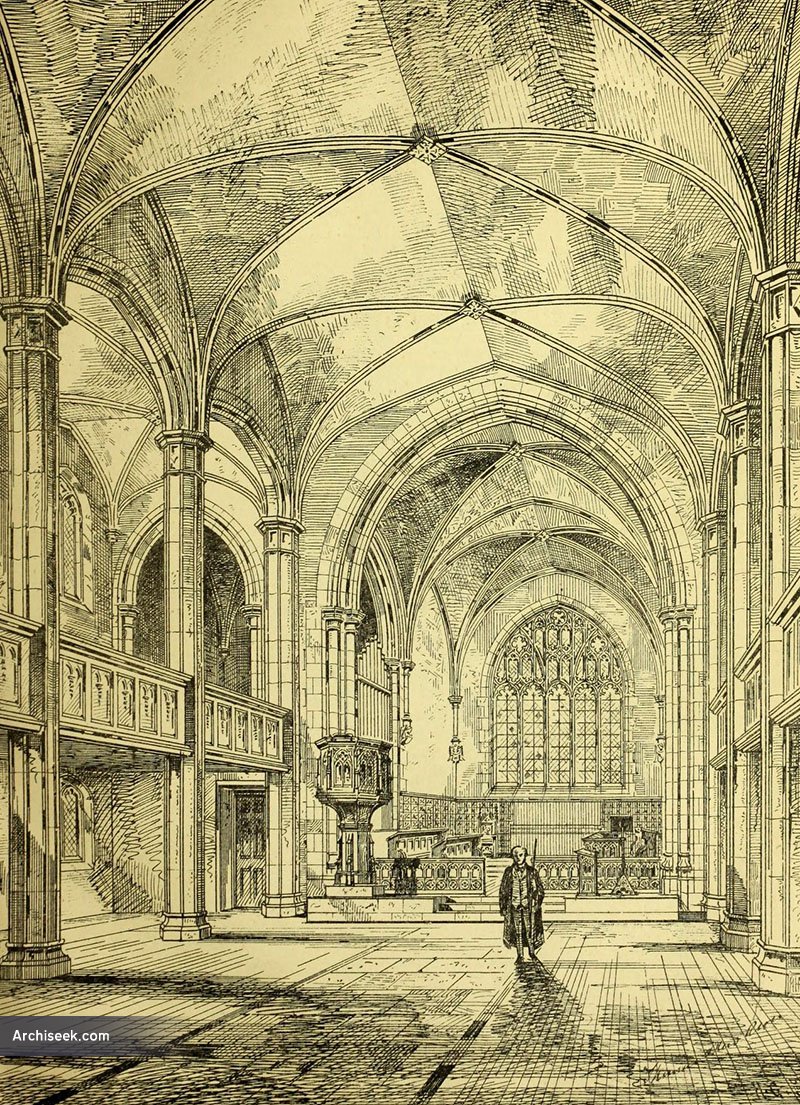 Built in 1815, to a design by architect John Johnson, with four-bay nave and five-stage tower. This is a fine church building, sited so as to terminate vistas and has fine stonework, boasting Perpendicular tracery on the east window. Extended in 1876 by Sir Thomas Drew, who added a new chancel.

“The illustration in present number is of a chancel about to be added to the above church by the Right Hon. the Ear of Russe, and other parishioners. The existing church is a spacious, and, although of “Carpenter’s” Gothic style with a groined roof in lath and plaster, somewhat imposing building, with a massive tower of effective outline, but of indifferent detail. Ir was erected about 1817, and there is little doubt was the design of Francis Johnston, who for that period had notions of Gothic architecture, such as they were, in advance of his age. The chancel designed by Mr. Thomas Drew, RHA is intended to be groined in stone, in two or three bays. The church is also to be reseated, under the direction of the same architect.” The Irish Builder, June 1 1877.