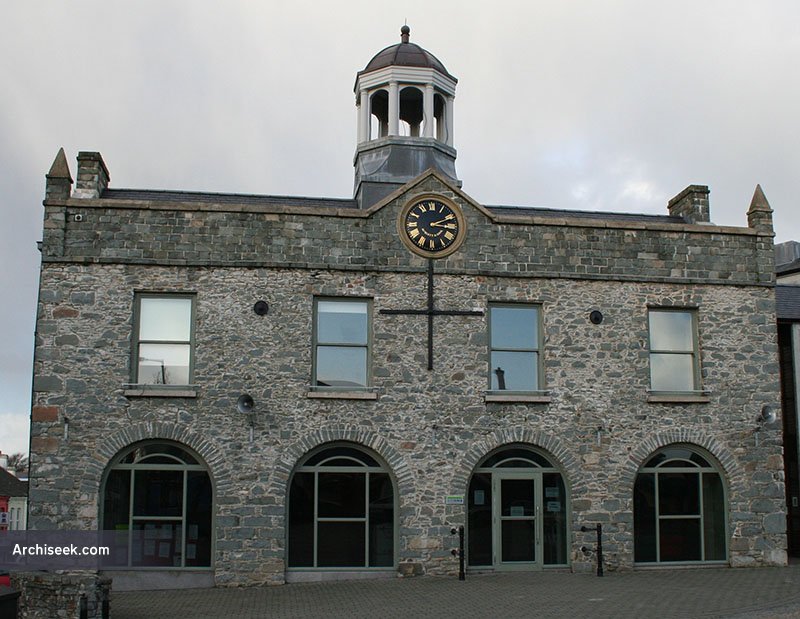 Described in Lewis, Topographical Dictionary of Ireland as ” There is a large court-house in the square, built by Lord Moira in 1795, but now in a dilapidated state.” After lying derelict for many years, the building was restored, plaster removed and the cupola reconstructed.