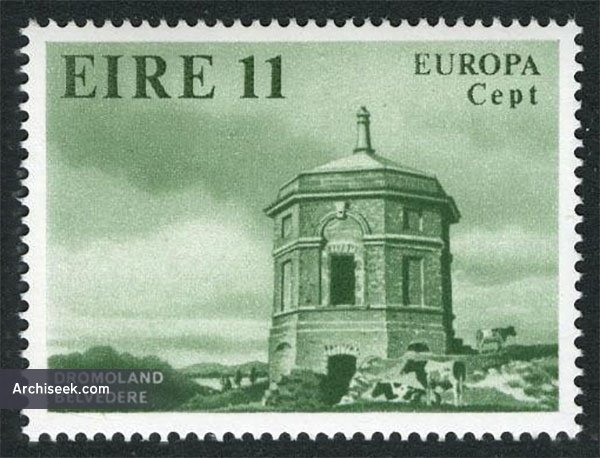 The Belvedere on Tower Hill was designed by the architect John Aheron and was built in the early eighteenth century by Sir Edward O’Brien for viewing horse-racing. The building has three storeys. The lower floor was a cellar and entered via a doorway to the south. The central floor was entered via cut-stone steps to the east, and contained windows on every side. By tradition Sir Edward O’Brien would view his horses from here and the large number of windows ensured a wide view over the area. The upper storey, the floor of which has collapsed, also contained a number of small, now blocked up, windows. Featured on a 1978 postage stamp. Now in a declining state of repair.