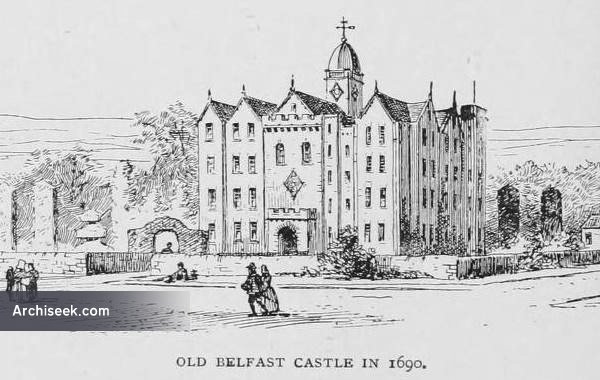 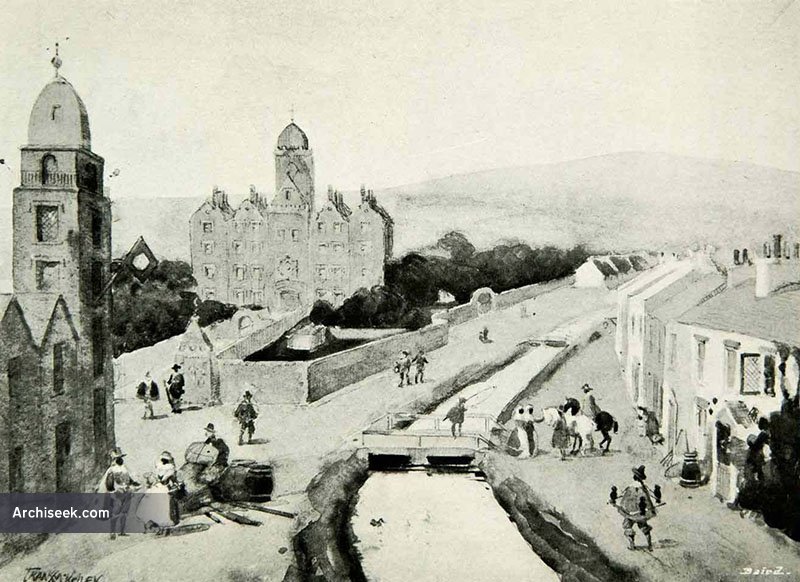 John de Courcy built a castle on what is now Castle Street in the city centre in the 12th century. By the early 17th century when Sir Arthur Chichester, from Devonshire, was granted the land, it was in a ruinous state, and rebuilding was commenced. The castle was largely completed by 1610.

The beauty of the Castle Gardens had been frequently the subject of appreciative comment. Sir William Brereton, Bart., who visited Belfast on 5th July, 1635, says “At Belfast, my Lord Chichester hath another dainty, stately house (which is indeed the beauty and glory of the town) where he is most resident and is now building another wall before its gates. This is not so large and vast as the other, but more convenient and commodious, the very end of the loch toucheth upon his garden and backside; here also are stately gardens and walks planted.”

Early on Sunday morning, 25th April, 1708, the Castle was reduced to a mass of smouldering ruins and there perished in the flames the three youngest daughters of the then Lord Chichester, Lady Jane, Lady Frances, and Lady Henrietta Chichester.