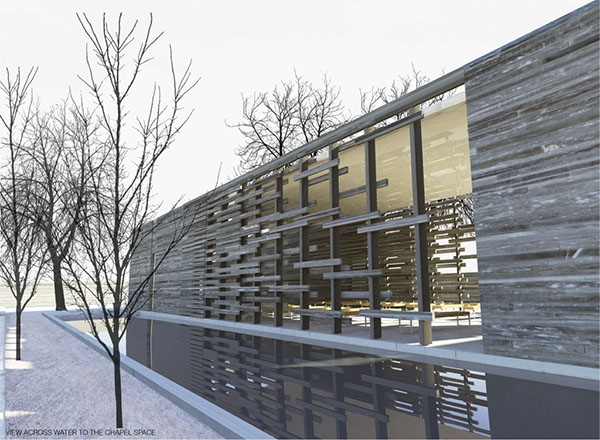 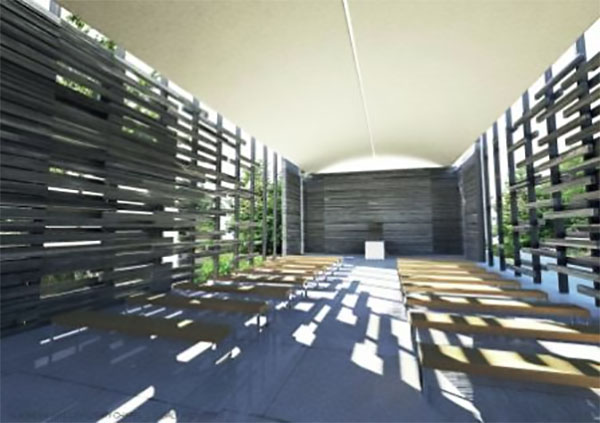 The RIAI recently administered a competition on behalf of Glasnevin Cementary. Glasnevin Trust wished to develop a 1916 Centenary Chapel to commemorate, in particular the 232 people who died during the 1916 Rising and who are buried in a mass grave on the site in St. Paul’s Cemetery, as well as all others who lost their lives in those events. The Chapel is to be for all denominations and will primarily accommodate ceremonies held before a cremation.

“It should also relate to the existing 1916 monument on the site. The building should be of high quality, built of materials that are durable and will have a feeling of permanence. The Centenary Chapel should be a peaceful, contemplative space which will commemorate those who lost their lives in the 1916 Rising on one hand, while creating a space in modern times where one can grieve for and remember the recently deceased. It should be a place of commemoration and contemplation and to a degree, a place of happy memories and celebration of what has been achieved in a life.”

The Competition attracted 129 entries of a remarkably high standard from all around the world. The promoters, Glasnevin Trust were extremely happy and grateful for such an enthusiastic response and are delighted with the quality of the premiated schemes selected following a rigorous assessment process.

The promoters have decided, in response to the international aspect, size and quality of the effort put in by all participants, to make four additional premiated awards to the second placed and three highly commended entries.

Glasnevin Trust are determined to reciprocate this level of commitment with the delivery of the chosen design for the 1916 commemorations which will take place at Easter 2016.

First place was awarded to O’Daly Architects of Rathgar, Dublin 6. “This Project imaginatively creates a unique sense of place which is simultaneously one of peaceful contemplation, commemoration and celebration. The design strongly reinforces the notion that all religions and all humanity have in common a love of and affinity with nature. This has been achieved by the clever exploitation of sunlight, and daylight, rich and complex inside/outside relationships and a sensitive use of materials. The response to natural phenomena and landscape together create a fitting tribute to the citizens of Dublin who perished in the 1916 Easter Rising.”

Second place was award to David Jameson MRIAI and Paul Fox MRIAI – Phibsborough Dublin 7. “The jury was particularly impressed by the creation of a sensitive series of spaces in this project which promotes an appropriate process of mourning together with one of the celebration of life. It also wonderfully recognises the highly social aspect of Irish funerals.The concept is supported by a sensitive choice of plants, materials, colours and forms. The inside/outside spatial relationships are particularly successful. The design embodies a wonderful sequences of varied spatial experiences.”