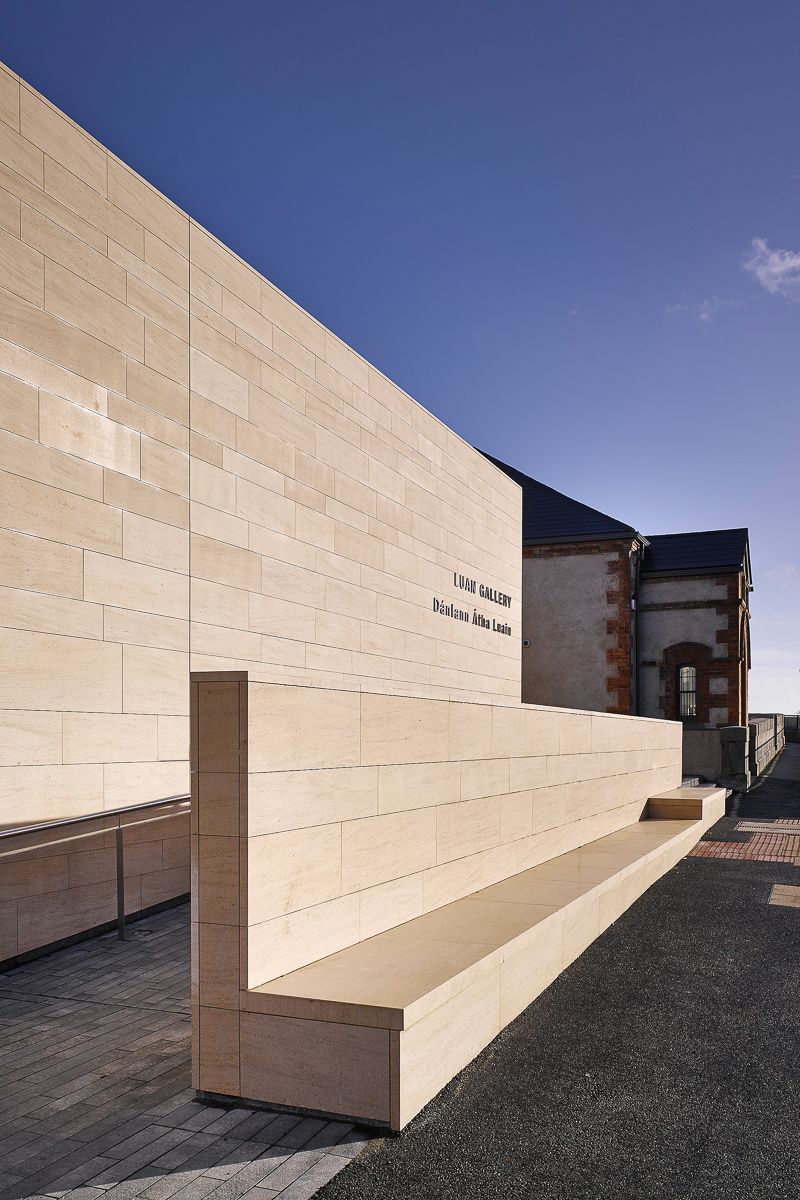 The Luan Gallery, Athlone, Co. Westmeath by Keith Williams Architects.
The Gallery is Athlone’s new museum for contemporary art and is located on a spectacular site by the town’s historic bridge, castle and the church of St Peter & St Paul. The project involved the adaptation of the historic 1897 Father Matthew Hall into a new gallery, the addition of new build wing to provide temporary white box gallery spaces, and a river gallery overlooking the Shannon. 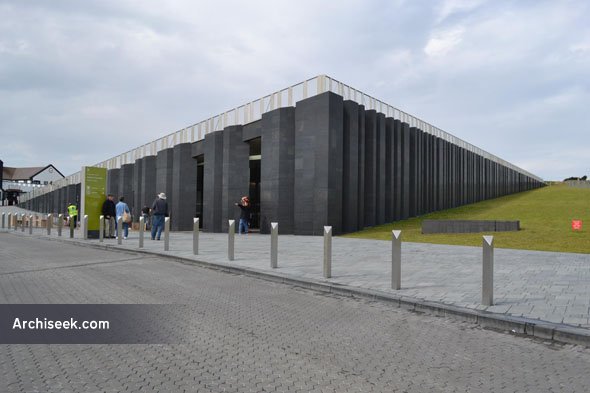 The Giant’s Causeway in Co. Antrim by heneghen peng architects.
Situated in a UNESCO site, lying within the Causeway Coast Area of Outstanding Natural Beauty, this Visitors’ Centre scheme responds elegantly to its surroundings by forming two folds in the landscape: one to accommodate the building and the second to house the car park and shield it from view. 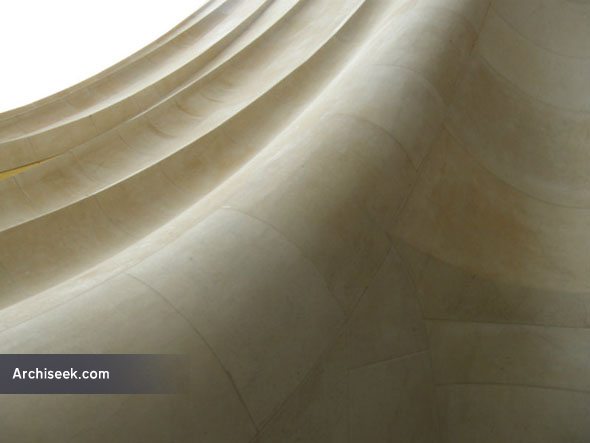 The Waterford Medieval Museum by ROJO Studio
This stunning Museum is the only purpose-built medieval museum in Ireland and the first modern Irish building to incorporate two medieval buildings, the 13th century Choristers’ Hall and the 15th century Mayor’s Wine Vault. The semi-circular, streamlined front façade is clad with Bath stone and is ‘wrapped around’ the back of the Cathedral, creating a link between the two beautiful squares to the sides.

Now in its 54th year, the Civic Trust Awards were announced at awards ceremony in Blackpool on Friday 7th March.