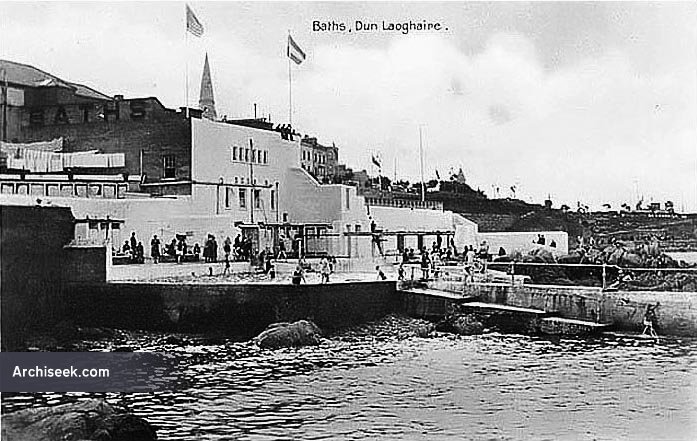 Originally opened in 1842 and rebuilt by the town council in 1908. In 1843, John Croswaithe built baths on the corner of Scotsman’s Bay. Originally known as the Royal Victoria Baths, they were only used by those who had the means to afford them. Kingstown Urban District Council bought the baths in the late 1890s and renovated them between 1905 and 1911 at a cost of £11,000. This is when they became known as Kingstown Baths, and later Dun Laoghaire Baths. Closed in the 1970s. Now derelict.