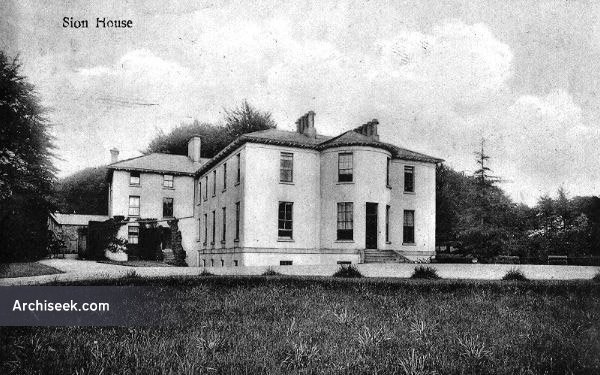 Sion House was one of the residences of the Dunville family and it was used by them as a base for their pursuit of hunting. It was bought in the late 1870s by Robert Grimshaw Dunville (1838-1910), who became head of the Dunville family when his uncle William Dunville died in 1874. In the early 1930s, after the death of Robert Lambart Dunville, that Sion House was sold to the Sisters of Charity of St. Vincent De Paul, for use as St. Martha’s College of Agriculture and Domestic Science. It operated until 1982.