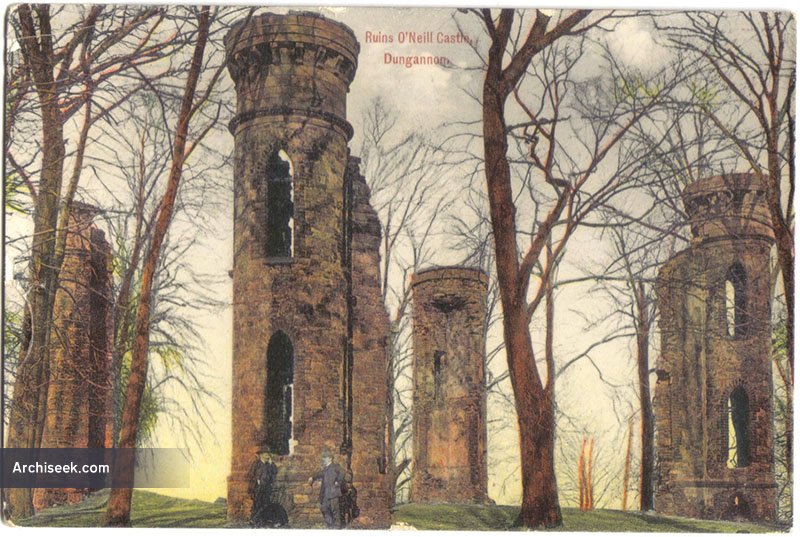 The site contained a castle from the early 15th century, which was the headquarters of the O’Neills until the Flight of the Earls in 1607. The land was seized and granted to Sit Arthur Chicester who built a new castle – this was destroyed in the 1640s.

In the late 17th century, some semblance of peace had reached Ulster and a Thomas Knox-Hannyngton built an unfortified ‘gentleman’s residence’ on the site. This seems to be most likely on the foundations of the earlier castles. Essentially a georgian house with four corner towers. The building was abandoned in 1856 and two of the towers still stand today.