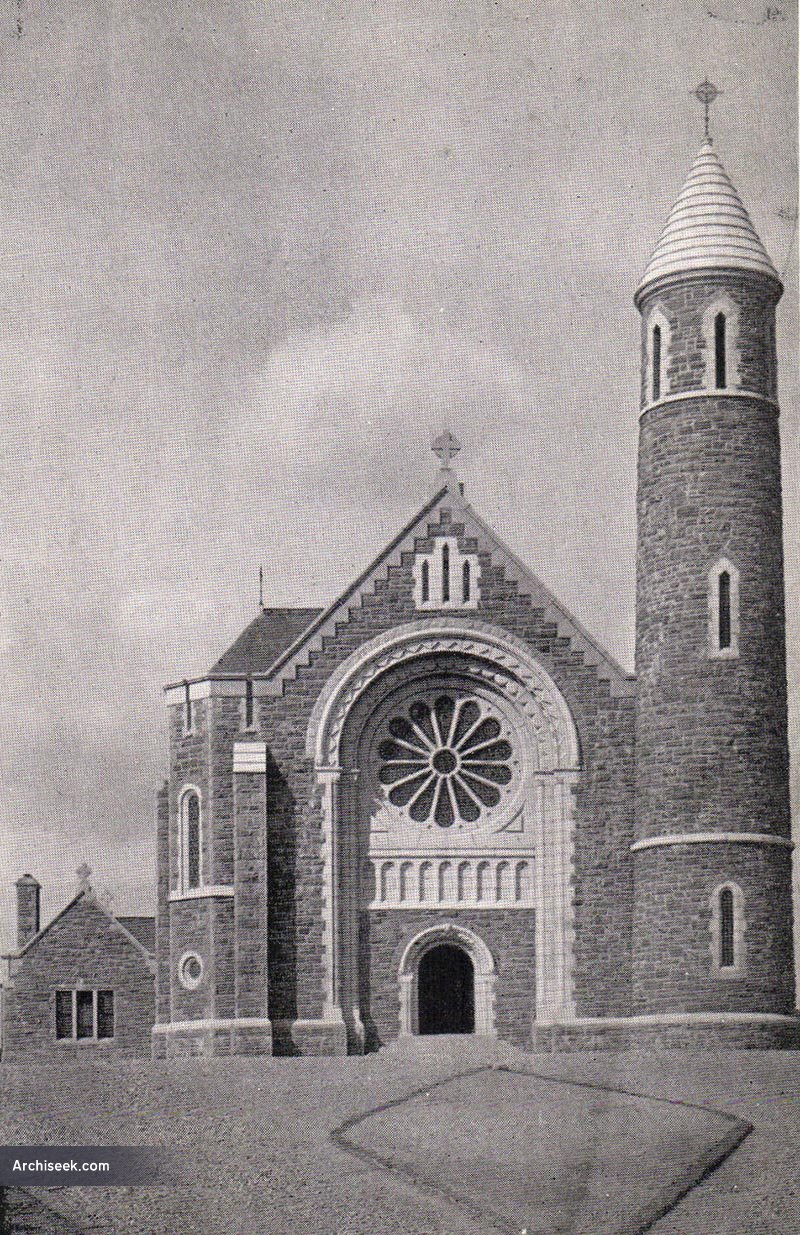 One of the better designed churches of the early 20th century that largely managed to escape the granite-clad barn template of later years is the Church of St. Oliver Plunkett in Blackrock Co. Louth. Built c. 1918-1922, in a in Hiberno-Romanesque style with fine round tower, and designed by Ralph Byrne. Much more successful in design than his later work, for example, his 1945 Church of the Sacred Heart, Carndonagh, Co. Donegal.