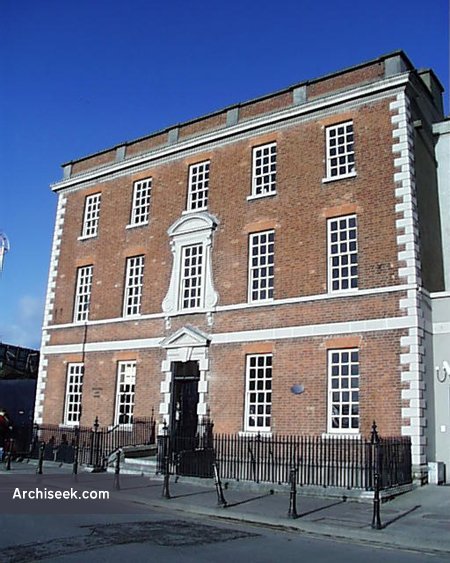 A fine mid eighteenth century built by Alderman James Barlow. With five bays on three floors and a basement, it is a substantial Georgian residence. It has a fine pedimented Gibbsian doorcase with the central window above decorated with a segmental pediment. The building has been attributed to both Richard Cassels and Francis Bindon.