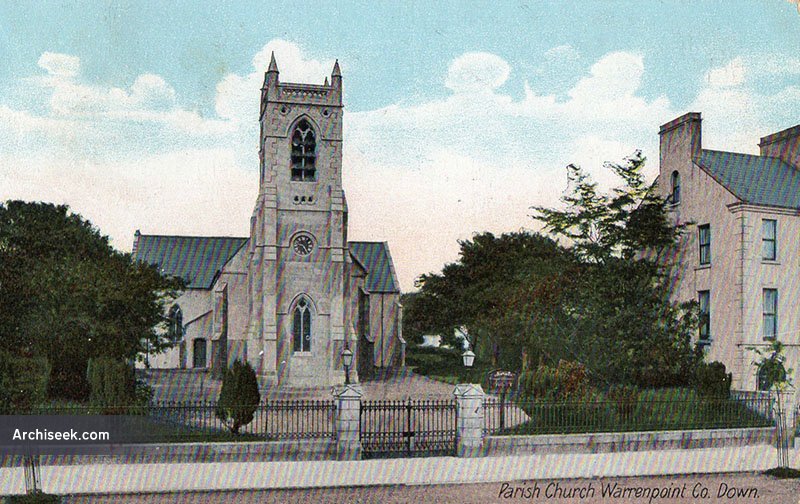 Originally a simple rectangular building of roughcast stone, ornamented with cut granite and a square tower, measuring 68 feet by 28 feet. It was built in 1826 at a cost of £900 which was defrayed by the Board of First Fruits. It was built on a site which was donated by Roger Hall of Mount Hall, Narrowwater. A stone over the door has this inscription; ” This chapel was endowed by the Rev. John Davis, 1825″. Extended in the 1870s with transepts, and later work by William J. Watson to the interior in the late 1890s.