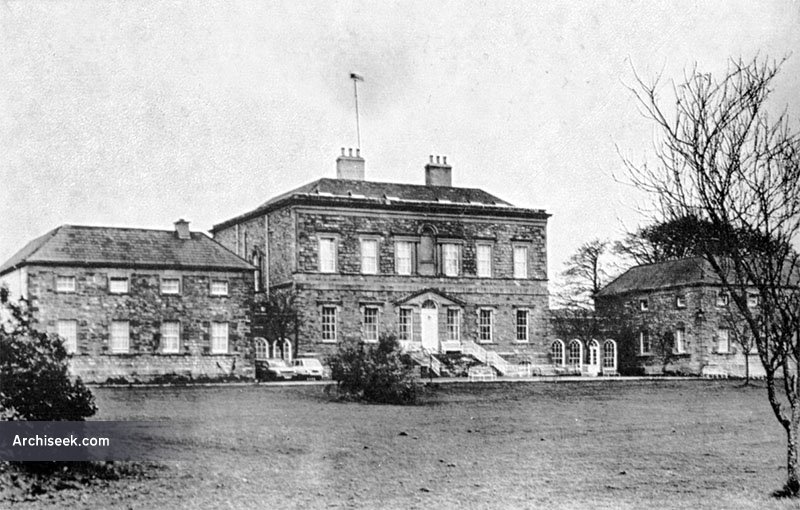 Bellinter House was home to the Preston family for nearly two centuries and is one of the finest examples of country architecture in Co. Meath. Built in 1750 by Richard Cassels as a country house for wealthy Dublin brewer John Preston in an estate of around 600 acres of grazing and woodland. The Preston family, who made their fortune as Dublin merchants, built up considerable landholdings in County Meath in the 1650’s by buying land from Cromwellian adventurers.

Cassels was considered to be the leading country house architect of his day and his style was a distinctive type of Palladianism characterized by restrained but grand external facades married with flamboyant Baroque interiors. Bellinter House was his last commission before he died in 1751.

The house was both a retreat from the city and a functioning estate house. The main floor was the area to which the public were admitted with the first floor being for family life. The basements were for the servants. One wing contained the servants’ quarters and the kitchens while the other contained the stables. The vaulted stables had oat lofts overhead. One gate at one end of the house led to the stableyard while the other led to the farmyard.

The estate was purchased by the Irish Land Commission in the 1960s and broken up into farms of 50 acres or less. The house and 12 acres of land were purchased by the Sisters of Sion in 1965 and they took up residence in 1966. In the early 21st century it was converted to a boutique hotel and spa.

From; J.P. Neale, Views of the seats of Noblemen and Gentlemen in England, Wales, Scotland, and Ireland, vol.III, London, 1823
“This elegant Mansion is situated on the banks of the beautiful River Boyne, 20 miles North of Dublin , and within 3 miles of the ancient corporate town of Navan, for which the Preston Family have, for ages , been the Representatives in Parliament.

It was built by John Preston, Grandfather to the present Lord ; the architect was Castles , who built most of the houses of that day in Ire land. Many alterations and improvements have lately been made, which, with the superior taste and judgment displayed in the furnishing and general arrangement of the House, under the immediate direction of Lady Tara , render it one of the most commodious and elegant Seats in Ireland. The Colonnades which connect the wings on either side the House, have been converted into Conservatories, in which is a good collection of orange -trees.

Amongst the interior improvements, large folding doors have been added, uniting the two back Drawing – Rooms into one spacious apart ment, from whence (overlooking a Flower Garden) the Grounds slope precipitously from the House, but afterwards incline to a level towards the River, when its most picturesque Buildings are seen, interspersed with wooded Islands. The South Front commands a bold prospect over an extensive Lawn and Park, through which runs the principal approach to the House, richly wooded, and diversified with clumps, plantations, and forest trees, in all their varieties, disposed in the most judicious manner, bounded by cultivated hills and distant mountains ; on one of which stand the ancient Ruins of Tara ; there is also a picturesque and beautiful drive, from Bellinter Bridge along a noble terrace, overhanging the river, having a fine and elevated view of the House and Bridge, together with an extensive prospect of the vale, through which the Boyne ( abounding with the finest fishes and wild fowl of various kinds) flows ; and from whence the numerous islands and wooded hills appear with peculiar advantage.

The Gardens are on a large scale, and contain a great range of glass stocked with the choicest fruits, to which Lady Tara has added Flower Gardens and one of the finest collections of Stove and Green house Plants in the kingdom. The Pleasure Grounds and Shrubberies are highly dressed , which, with Walks, Drives, and extensive Plantations, have been laid out and executed under the sole direction and inspection of the present Possessor”