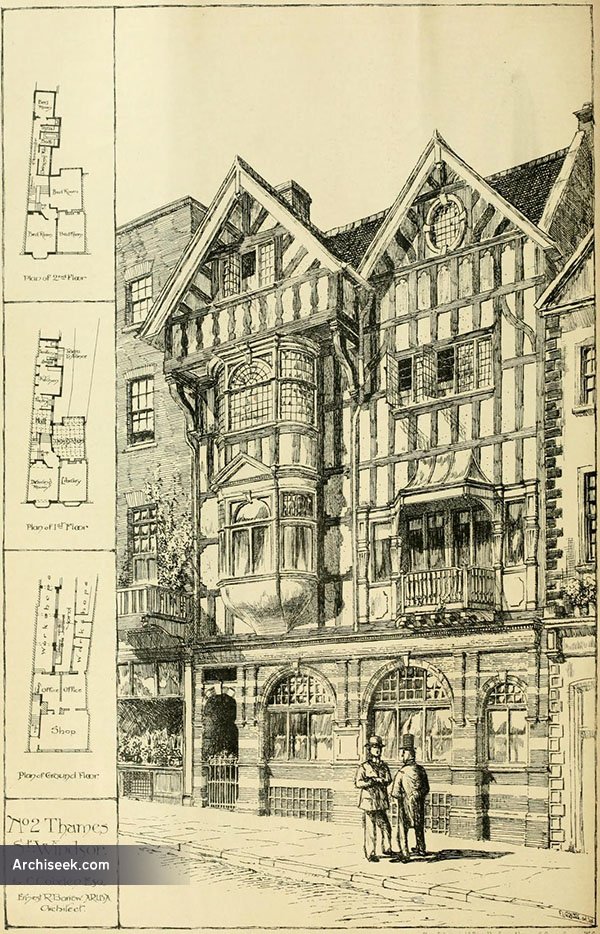 “This house is situate in Thames-street, Windsor, and opposite the Castle walls. The view shows the house from Thames-street, but only the left-hand upper part of front has lately been altered. The rear of the building has been entirely rebuilt, the business premises being kept absolutely distinct from the private-house portion. Access is gained to the private house by a flight of stone steps from lobby in Thames-street, which lead up to a small square hall. As shown by plans, there are three sitting-rooms, together with kitchen and offices, on this floor, with separate trades staircase in rear. On second floor there are four bedrooms, bathroom, dressing-room, &c., and three rooms in attic. Messrs. Hollis and Sons, of Windsor, were the builders, and the works have been carried out under the superintendence of, and from the designs of, Mr. Ernest R. Barrow, A.R.I.B.A., architect, London.” Published in The Building News, May 27, 1898