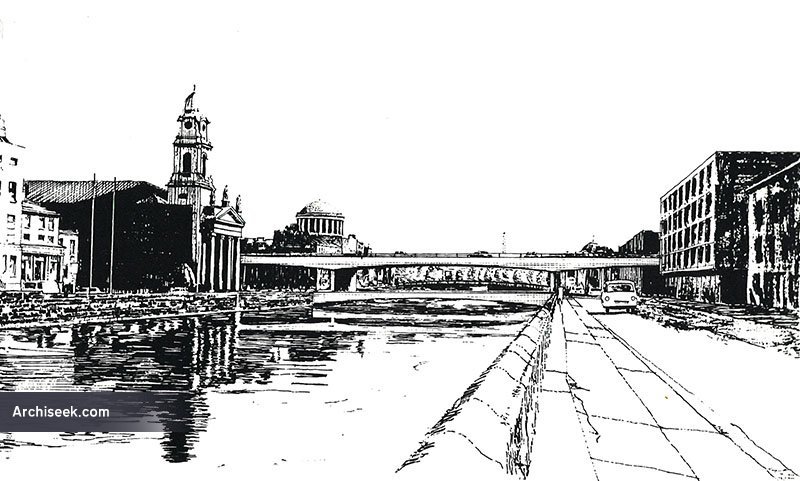 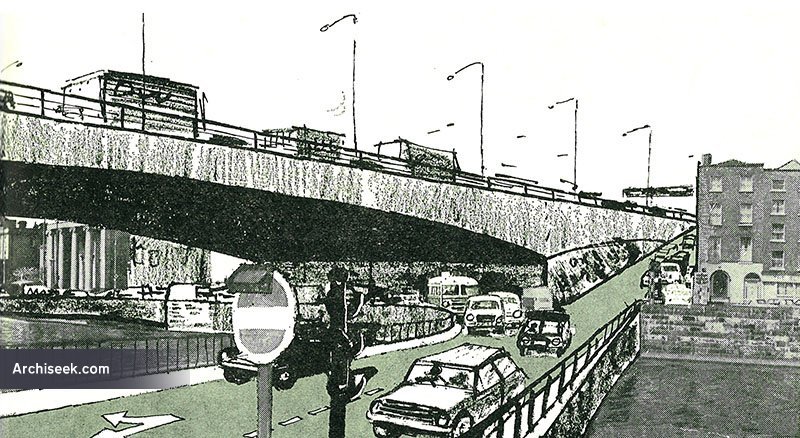 Illustrations to demonstrate the effect of the Western Tangent Road as suggested by the 1973 Central Dublin Traffic Plan by R. Travers Morgan & Partners. Designed to widen Church Street and bring a wide road through to St. Patrick’s Cathedral and beyond. The proposal suggested a grade-level separation of traffic with the through-traffic raised on a bridge 80 feet wide and 26 feet above quay level. To each side would be two-lane slip roads, with quay-level bridges. 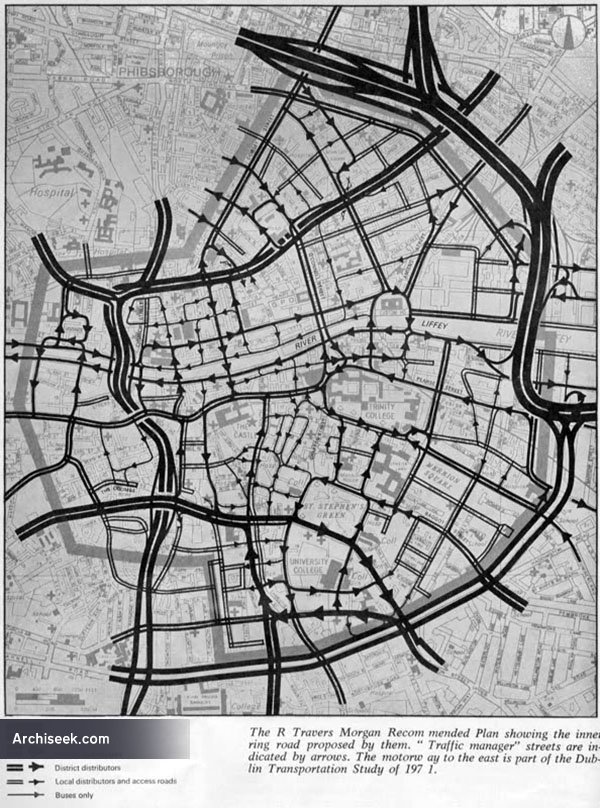 The route would have been carried past the Cathedral in a cutting with Kevin Street as an overpass and associated sliproads in front of the medieval cathedral. The route was to continue westwards from Kevin Street through the Coombe area and into Cork Street. A dogged adherence to elements of this plan by Dublin Corporation meant the dereliction of Cork Street from the 1970s onwards. Kevin Street and Cuffe Street were turned into dual-carriageways as part of the plan.

R. Travers Morgan & Partners also produced a traffic plan for Belfast in 1968 and were proponents of urban motorways throughout the UK.