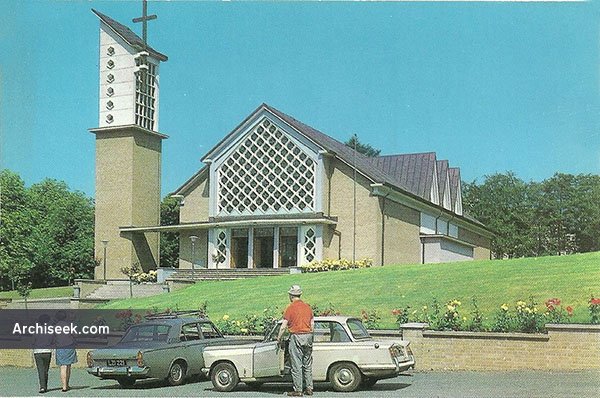 Built to replace an older church erected in 1834. A central part of the design was to allow natural light throughout the church. Four sources of light are arranged, one on the front gable, one on the back gable behind the high altar and one on each side of the nave. The Second Vatican Council was in progress during the building of the church and so the architect was caught between two traditions. He solved his dilemma by designing an altar so the Mass could be said facing the people or in the old traditional way. It is a rectangular church and the sanctuary is not divided from the nave.