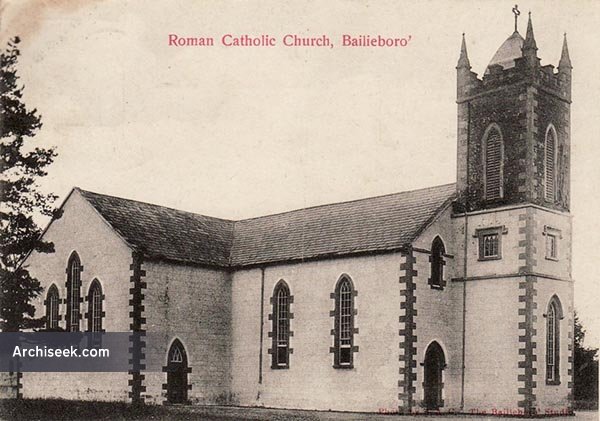 St. Anne’s Roman Catholic Church was erected in 1839 and replaced an older Church near to this site which was described as a long thatched Chapel, which was built during the late 1700s. In 1851 the tower and belfry was added, with the chancel, baptistry and sacristy rebuilt between 1868-70. The marble altar is dated 24th December 1895. The Stations of the Cross were painted by the renowned Irish artist George Collie in 1956.