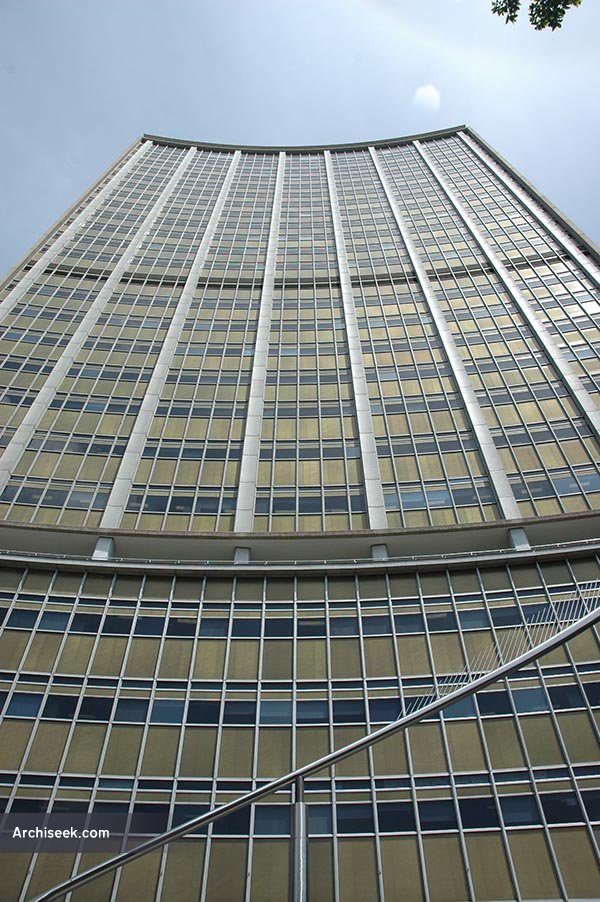 This was Sydney’s first highrise to take advantage of the lifting of the 46m (150ft) height limit which was enforced until 1957. It dominated the city’s skyline for many years. Originally had a rooftop observation deck at 106m high, and held the title as the country’s tallest skyscraper until 1965, when eclipsed by the now-demolished 128m State Office Block. The AMP building was heritage listed in 1996. The AMP Building has an attractive curved front facade very much in the International Style.