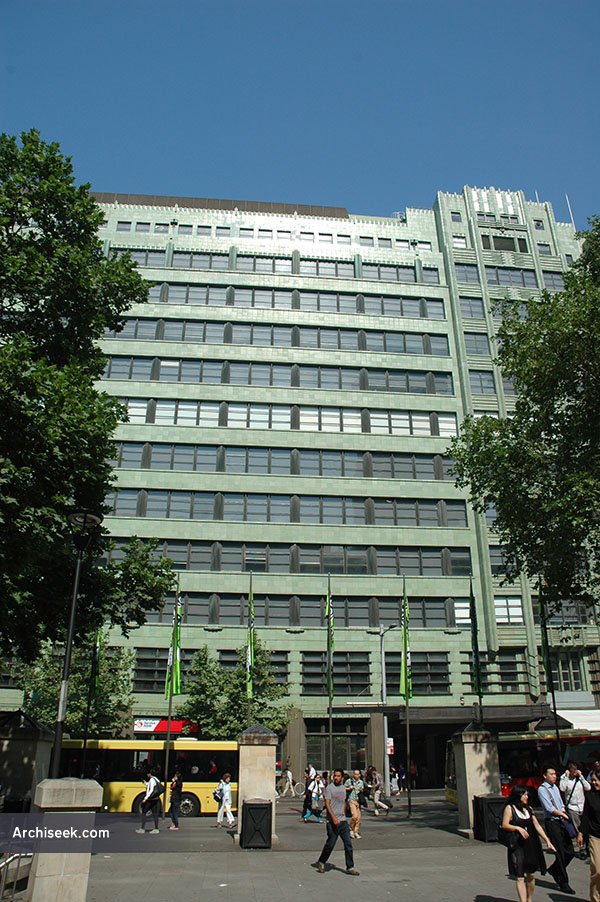 Constructed as the administrative home of the New South Wales State Railways. The new headquarters, on York Street above the recently completed Wynyard Station, facing Wynyard Square, opened in 1935. The new office building was intended as the railway headquarters and was to house all the departments that had previously been located at Central Station. The building was awarded the Royal Institute of British Architects medal in 1939.

The original plans for the building were for a large, imposing office tower, extending along York Street from Margaret to Erskine Street, with horizontal wings to each side of the central vertical tower. However the final design only included the south wing and the tower. The building was clad above the ground level with distinctive green terracotta tiles which were the color of the railway carriages at the time.