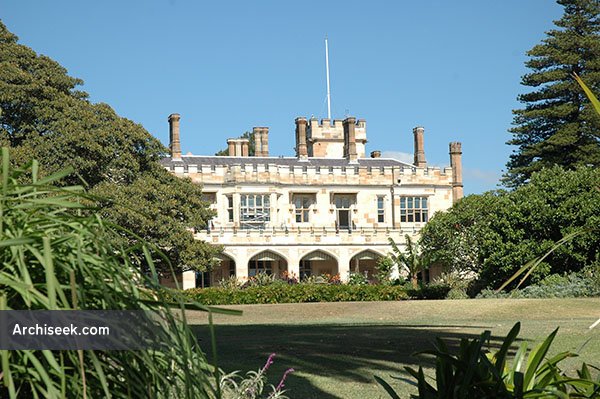 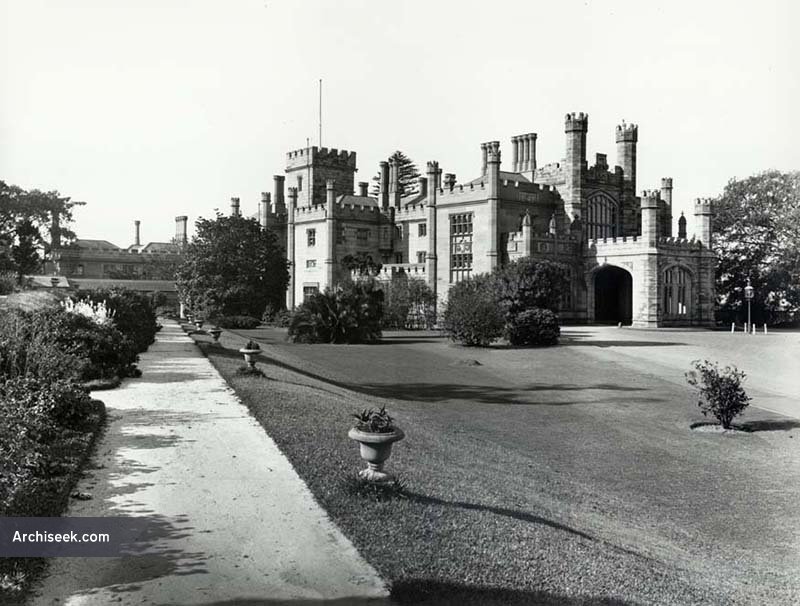 The Governor of the colony of New South Wales was the British monarch’s representative and it was considered fitting that a grand residence be built to reflect this viceregal appointment. The task of designing this residence fell on distinguished English architect Edward Blore, hose portfolio included various works at Windsor Castle, Hampton Court and Buckingham Palace, and many other grand country houses. Blore never visited the colony and the final siting of the house on Bennelong Point was determined by Colonial Engineer, Captain George Barney and Colonial Architect, Mortimer Lewis. Lewis was given the responsibility of modifying the plans to suit the site and local conditions.