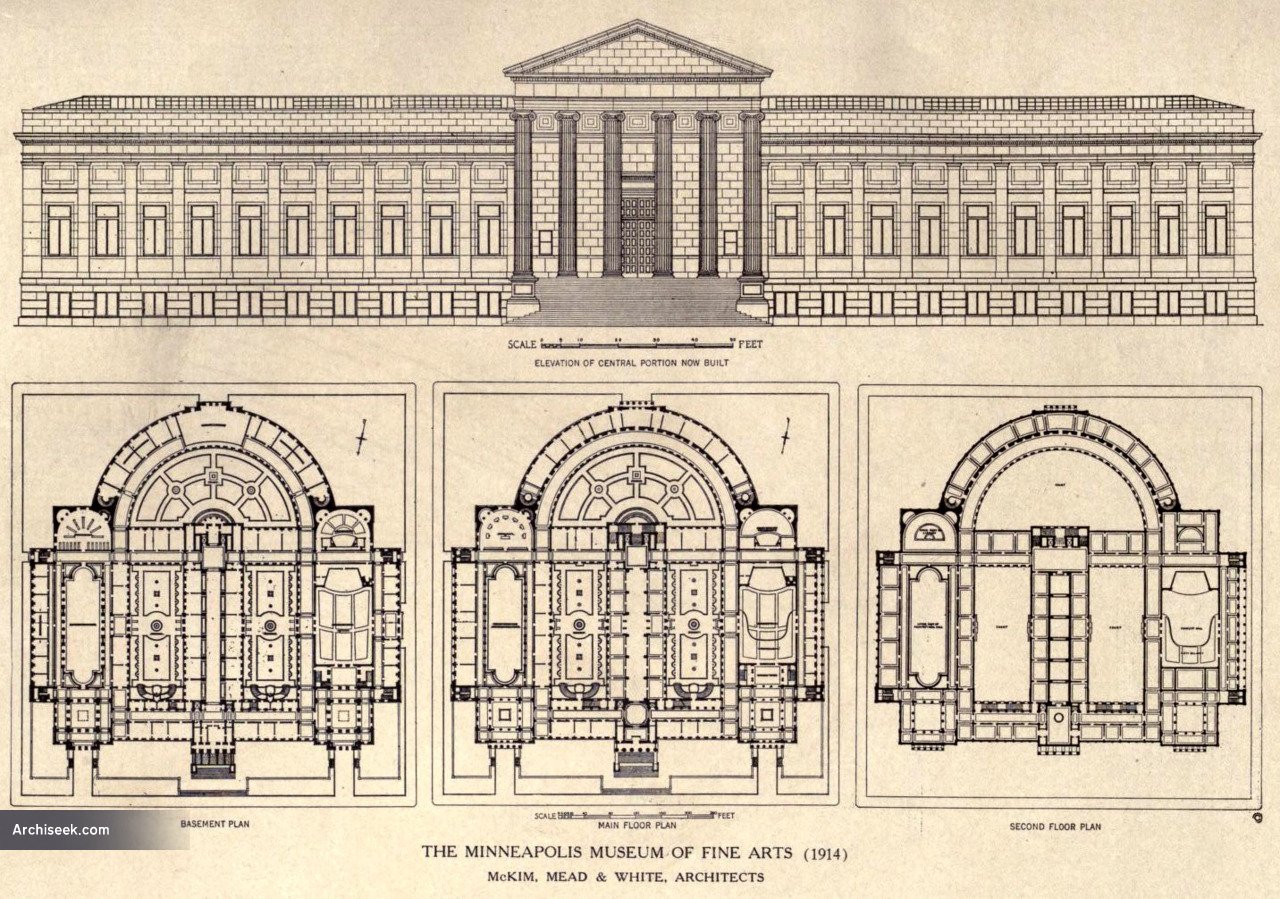 Built on land donated by the Morrison family formerly occupied by their Villa Rosa mansion, the museum by McKim, Mead & White is one of the finest examples of the Beaux-Arts architectural style in Minnesota. The building was originally meant to be the first of several sections but only this front block was ultimately built; several additions have subsequently been built according to other plans, including a 1974 addition by Kenzo Tange. An expansion designed by Michael Graves was completed in June 2006.