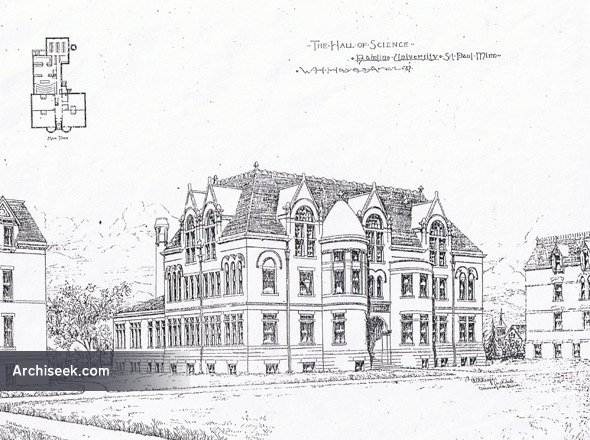 The Hall of Science, dedicated on January 5, 1888, was a massive three-story red brick building that stood between Goheen Hall and Old Main. It contained recitation and lecture rooms, laboratories, lecture rooms, and storage areas. The third floor was a museum of natural history. The basement was used as a mess hall until WWI, when the entire building became a barracks.

In 1907, an $8,000 second story was added to the rear wing to house an additional biology lab. The museum on the third floor and several classrooms were used for military squads and sleeping quarters during World War I. The museum itself was gone by the 1930s and was instead used as a theatre. In 1952 the hall, renamed the Social Science Hall, was torn down in 1971.