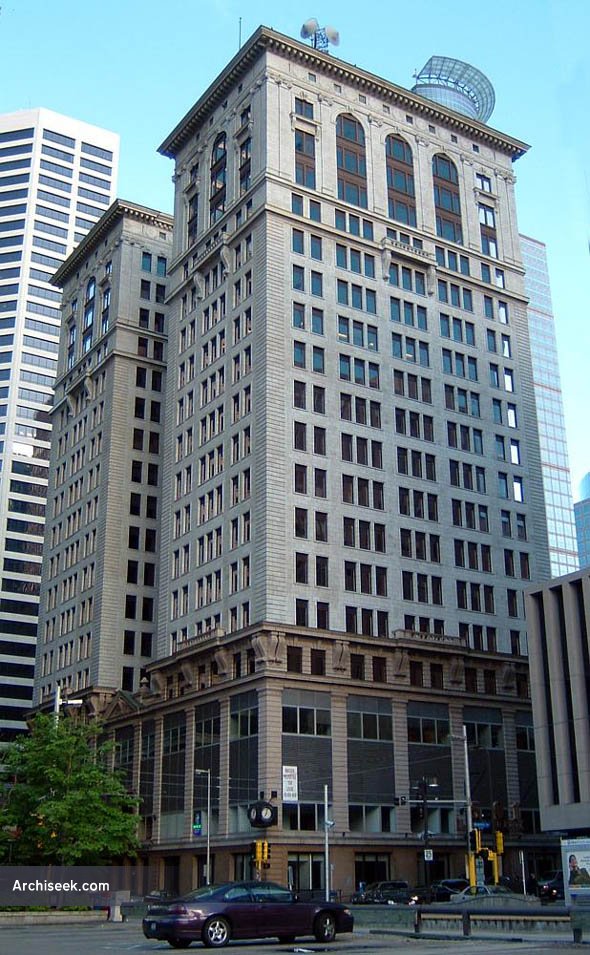 501 Marquette was the tallest commercial building in the city from the time it was completed in 1915 until the Foshay Tower was built in 1929. It was built for the First National Bank of Minneapolis, a predecessor of today’s U.S. Bancorp. It later served for many years as headquarters of the Soo Line Railroad, and was known as the Soo Line Building.

The Soo Line Railroad is the United States arm of the Canadian Pacific Railway, serving Chicago, Illinois and the areas to the east and west. It was formerly known as Minneapolis, St. Paul and Sault Ste. Marie Railway and commonly known as the Soo Line after the phonetic pronunciation of Sault.