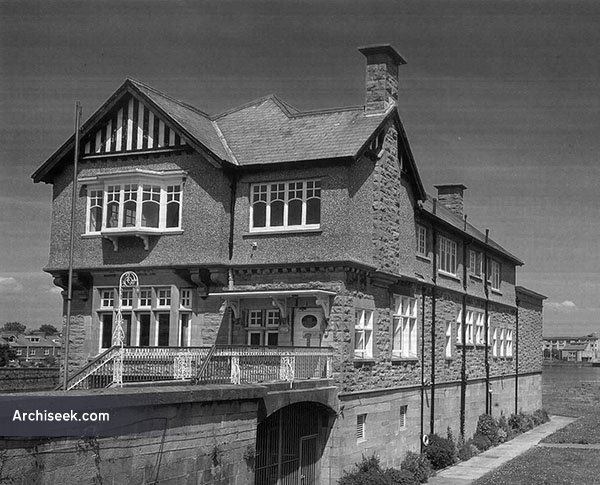 An architectural competition held in 1902 resulted in a commission for a young English architect, William Clifford Smith to design the club. Completed in 1905 at a cost of £2,000, and is sited on an island created by a canal and the Shannon river. It’s a highly elaborate clubhouse designed in the Edwardian Arts and Crafts idiom.

On winning the competition, Clifford Smith appears to have settled in Ireland and in 1928 formed a partnership with Edward Newenham. The practice, known as Clifford Smith & Newenham, amalgamated with the Dublin practice of Dermot Mulligan in 1968 to become Newenham Mulligan & Associates.