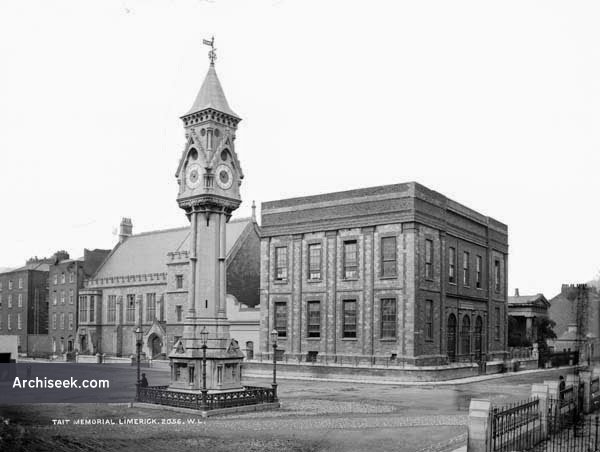 Winner of first prize in an architectural competition to design a memorial to Alderman Peter Tait, Mayor of Limerick. Other entrants included William Fogerty, William Hague and William Stirling.

Peter Tait was a Scottish entrepreneur who owned the nearby Tait factory, which supplied the British Empire with uniforms. Tait was also Mayor of Limerick between 1866-68. The ‘ante-mortem’ was paid for by public subscription. The height of the tower is sixty-five feet.