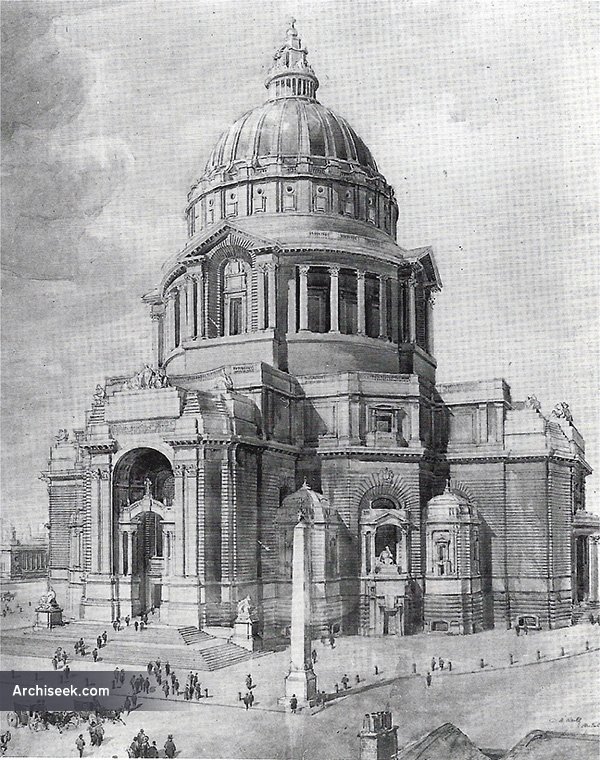 Charles Herbert Reilly’s proposed design for Liverpool Cathedral was in the English Neo-Classical style, with a large central dome like Wren’s St Paul’s. This was the second competition in a little over twenty years to design a cathedral, and the assessors of the competition were G.F. Bodley, a leading exponent of the Gothic style, and Norman Shaw. Reilly’s design was one of eight highly commended entries that failed to gain inclusion in the final shortlist of five; it was the only classical design among them.