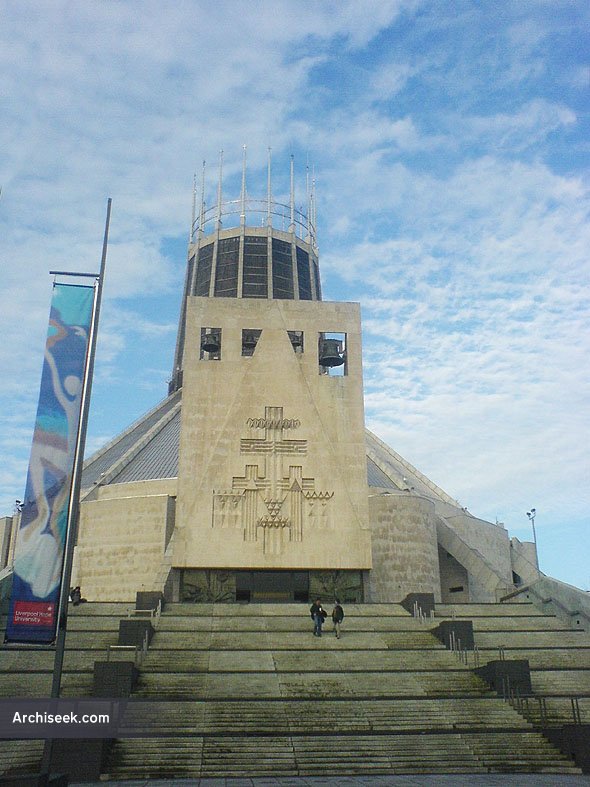 In 1930 Sir Edwin Lutyens (1869-1944) was commissioned to provide a design which would be an appropriate response to the Giles Gilbert Scott designed Neo-gothic Anglican cathedral then emerging at the other end of Hope Street. Lutyens’ design would have created a massive classical/Byzantine structure that would have become the second-largest church in the world. It would have had the world’s largest dome. The foundation stone for the new building was laid on 5th June 1933 but again financial restrictions caused the abandonment of this plan after construction of the crypt.

The new cathedral, designed by Sir Frederick Gibberd and consecrated in 1967, was built on land adjacent to the crypt.The church has a circular shape, with chapels built in between the buttresses that support the tent-shaped spire which represents the crown of thorns of Jesus. Liverpudlians affectionately call the cathedral “Paddy’s Wigwam” because of its largely Irish Catholic congregation and its general resemblance to a Native American teepee.