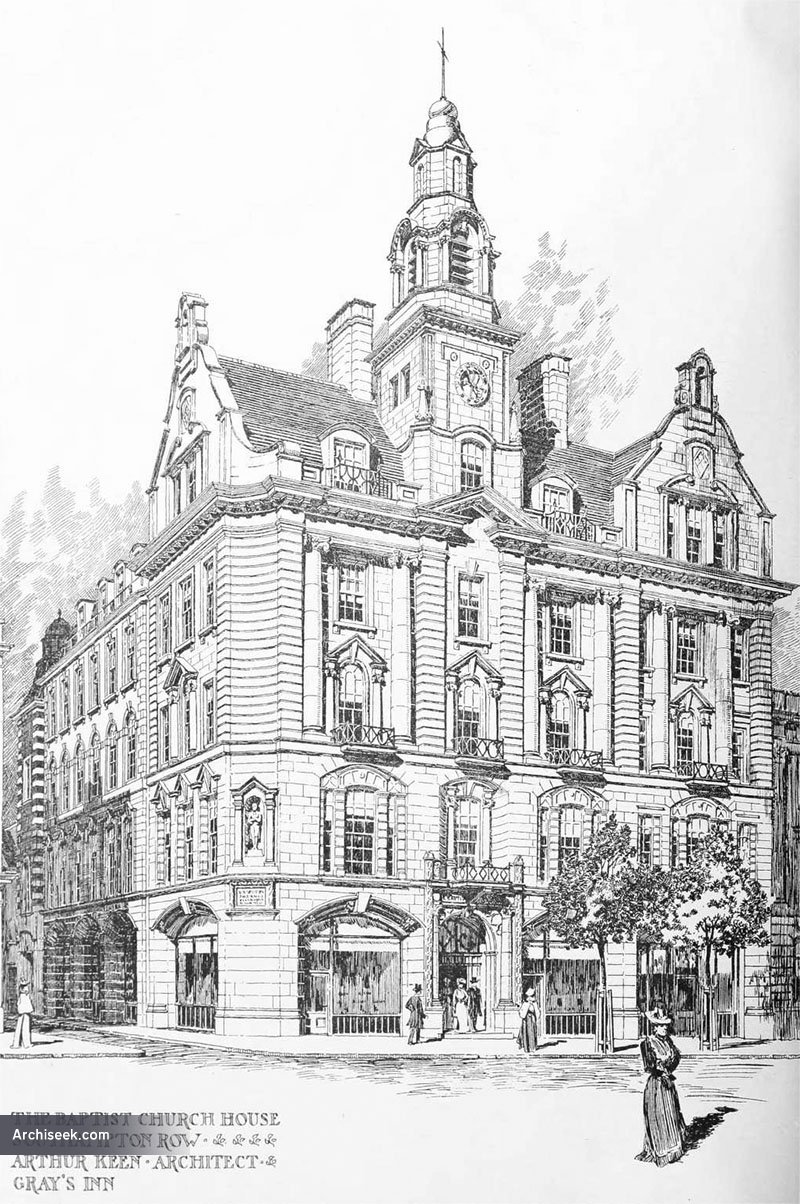 Former Baptist Chapel, offices and shop built 1901-3 to the design of Arthur Keen, architect for the Baptist Union of Great Britain and Ireland. ‘Wrenaissance’ style with Flemish-inspired shaped gables and eclectic baroque and Arts and Crafts details. Damaged in the Second World War but listed Grade II.

“This building is the first to be begun in connection with the new avenue to the Strand, being on a site formed by the widening of Southampton- vow to 70ft. It is to contain the offices of the Baptist Union, together with council-room, committee-rooms, library, and publication department. The upper floors are arranged as suites of offices, which it is proposed to lot to religious societies, and the back of the site is occupied by an octagonal chapel to take the place of the old Kingsgate-street Chapel, which has been demolished. A preliminary contract has been carried out by Messrs. G.S.S. Williams & Son, and the basement is now being built by Messrs. Higgs and Hill. The architect is Mr. Arthur Keen, of Gray’s Inn, and our illustration is from a drawing by Mr. T. Hamilton Crawford, now exhibited at the Royal Academy.”