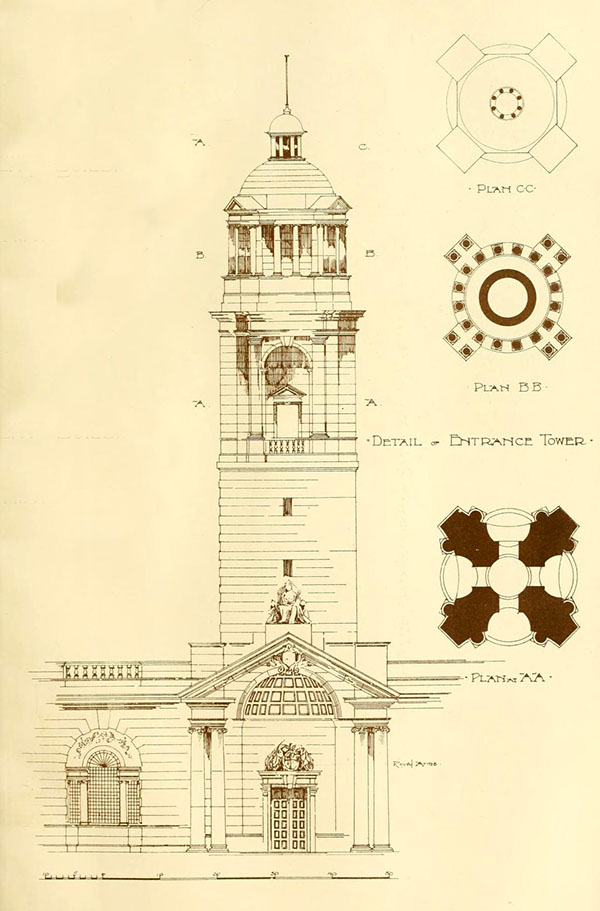 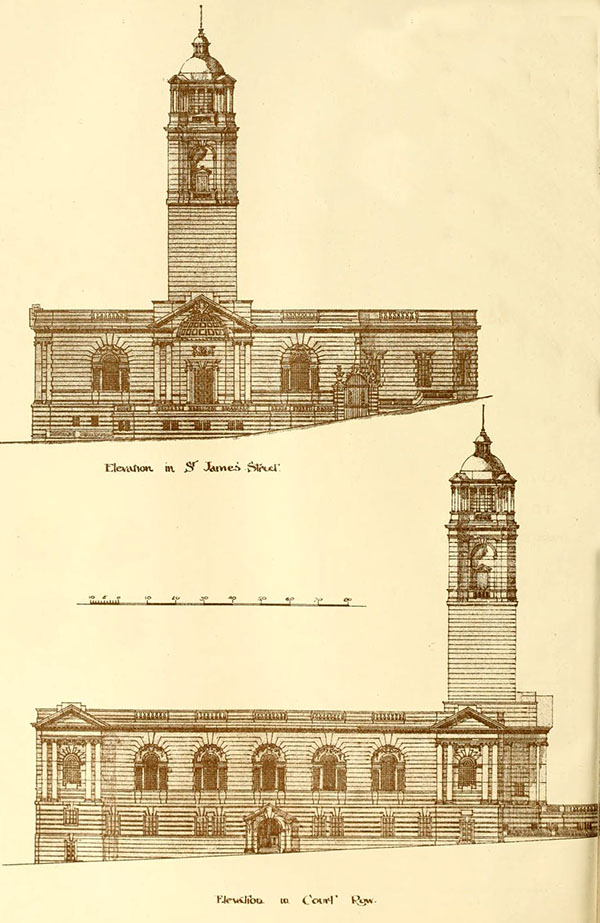 “The chief difficulty in connection with this design was to produce anything like a symmetrical plan on so irregular a site. The centre of the building is occupied by the Great Hall or Salle d’Attente. On the south side of this hall are two chambers for the deputies, the Hall of Deliberation and the Hall of Election, with their necessary committee-rooms, retiring-rooms, &c. Upon the other side of the hall are the Courts of Justice, with their necessary accompaniments, and the rooms for the Bailiff of Guernsey and the Jurats. Immediately beneath the Halls of Deliberation and Election are offices of the solicitor – general, the attorney – general, and receiver-general. On the same floor are the offices of the Greffier, adjoining which is the Record Office, in which will be stored everything relating to the history of the island, including many magnificent illuminated charters dating back to the 12th century. The whole of the work has been designed with a view to the material to be used— the local grey granite, excepting the upper part of the tower and the inner portions of the large windows on the principal fronts, which will be of Portland stone. The estimated cost is £50,000. The architect is Mr. Ed. W. Mountford, of 1/, Buckingham-street, Strand.”