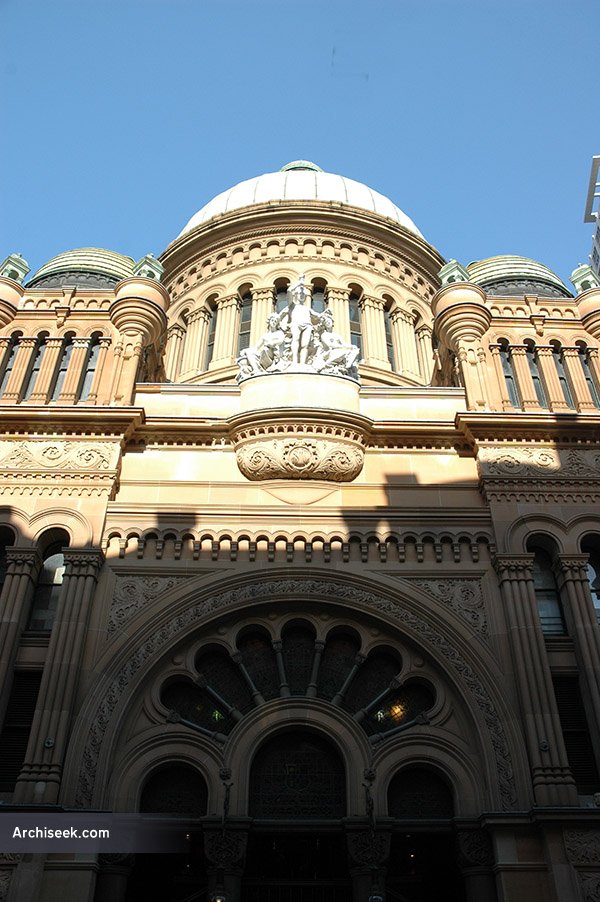 Occupying an entire city block, with four monumental and elaborate facades in a Richardsonian Romanesque style. It was originally designed as a shopping arcade – a function it retains today. When completed in 1898, it included coffee shops, showrooms and a concert hall. Threatened with demolition in the late 1950, it was restored during 1984-86.

The dominant feature of the exterior is the central dome which consists of an interior glass dome and a massive exterior masonry drum and copper dome. Smaller domes of various sizes are on the rooftop, including ones on each upper corner of the rectangular building. Stained glass windows, including a cartwheel window depicting the arms of the City of Sydney, allow light into the central area, and the roof itself incorporates arched skylights running lengthways north and south from the central dome. The interior space of the arcades are spectacular with fantastic ironwork, original tiling (or reproduction of) and other architectural features including stairwells. 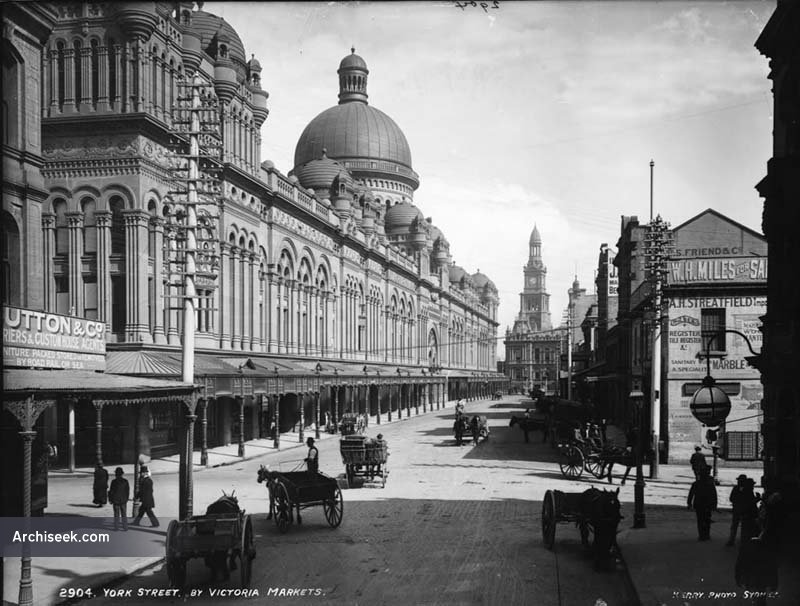 The statue of Queen Victoria outside the building is from Dublin – originally sited outside Leinster House, the Irish Parliament.