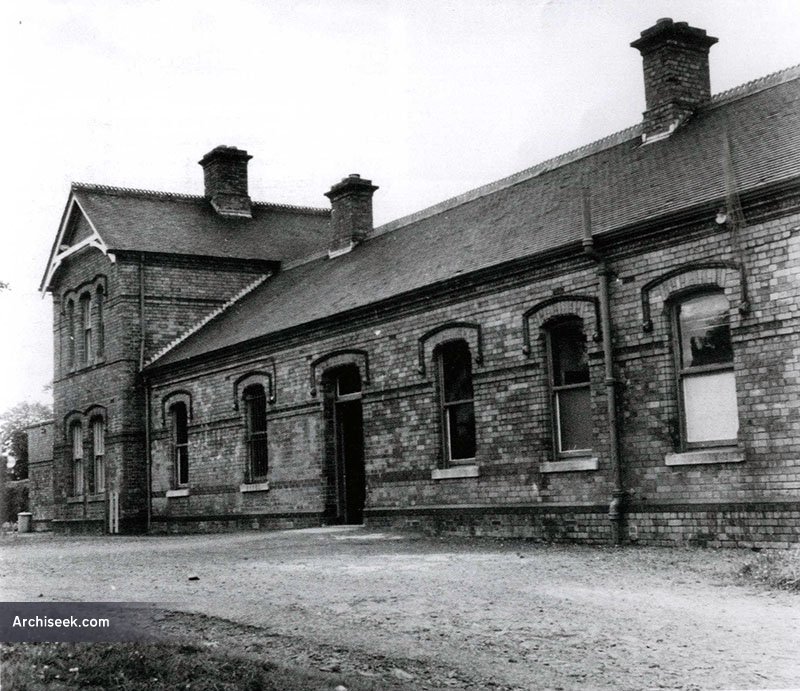 First opened by the B.C.D.R. (Belfast & County Down Railway) in 1877 with only an up platform, and a brake van as an office. The company built a station house on the upside in 1896, most of which still stands. Designed by railway engineer George Culverwell, who has served a two-year apprenticeship to Bindon Blood Stoney. He was responsible for the design and execution of the Letterkenny Railway. In 1888 he was appointed chief engineer to the Belfast & County Down railway, a position which he retained for over thirty years.